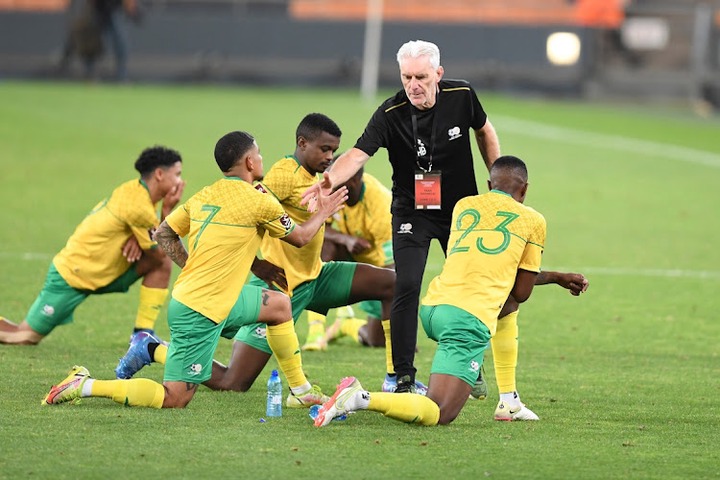 Despite the fact that Mosimane is without a doubt one of Africa's most successful soccer coaches, having dominated continental tournaments with Al Ahly, it appears that Fifa does not believe he is deserving of distinction. At least, that's what The New York Times said in an article written by Rory Smith over the weekend titled When Two Champions League Titles in Eight Months Don't Count.

The tagline for Smith's tale was: @Pitso Mosimane had a better 2021 than nearly any other coach in the world. Just don't hold your breath for Fifa or soccer to notice."

A group of judges, journalists, players, and fans select the finest players and managers in the world of football for the Best Fifa Football Awards.

The three finalists for the Fifa Best Men's Coach award in 2021 were Pep Guardiola of Manchester City, Roberto Mancini of Italy, and Thomas Tuchel of Chelsea. There was no African coach on the seven-member shortlist.

The ex-Bafana Bafana tactician has snatched practically every title on offer in less than two years at Al Ahly.

Pitso Mosimane has won enough in the last year and a half to warrant no further discussion. He won the African Champions League trophy in November 2020, only three months after being hired manager of the Egyptian club Al Ahly. He accomplished so by defeating Al Ahly's biggest foe, Zamalek. The championship game was dubbed "the Derby of the Century." "No one in Egypt believed it was an exaggeration," according to the report.

He repeated the trick eight months later. Due to the pandemic's tightening of the calendar, Al Ahly returned to the Champions League final in July to face Kaizer Chiefs, a side Mosimane had supported as a kid in South Africa. He triumphed once more. "On the field, he was showered with golden ticker tape, and when he returned to Cairo, he was greeted with bouquets of roses by government grandees," the piece stated.

Despite this, when Fifa announced its seven-member shortlist for the men's coach of the year award a few weeks ago, the South African who won three continental titles in 2021 was not among them.

He wasn't the only one who got overlooked. Despite going one better than Mosimane by leading Palmeiras to two Copa Libertadores wins in the same calendar year, Abel Ferreira was also absent. He didn't even make it to the top seven, much less the top three. Thomas Tuchel, Pep Guardiola, and Roberto Mancini took those slots. The article and interview with Mosimane examine the Eurocentric structure of Fifa's awards as well as the difficulties that black African managers experience in obtaining jobs at teams in Europe and around the world. The New York Times also points out that when it comes to the women's prize, there is a similar pattern. Bev Priestman led Canada to an incredible Olympic gold in Tokyo, but she did not make the final cut, being passed over in favor of another athlete.

The link isn't that all of these coaches have won significant awards: Cortés may have led Barcelona Femen to a treble and Hayes may have won the Women's Super League, but Wiegman's Dutch team was knocked out of the Olympics quarter-finals and subsequently left to coach England. Instead, they are linked by the fact that they all work in Europe.

Many questioned the fairness of the awards as a result of Mosimane's exclusion, which sparked outrage on social media. Mosimane was also not pleased with his exclusion and commented on why he wasn't chosen in a tweet.

We're from the wrong continent, unfortunately. I'm done with Europe. Who are we if Sadio Mane, Mohammed Salah, and others can win the UEFA Champions League, English Premier League, and Fifa Club World Cup without winning any world or European awards? Who cares if Samuel Etoo and Rahid Sterling complained and voiced their displeasure? Mosimane retweeted. 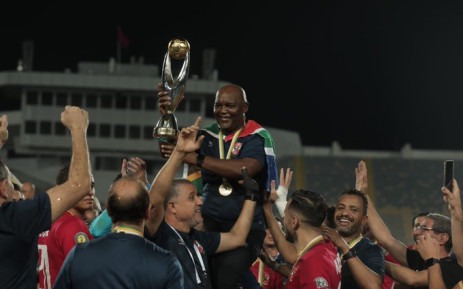