Pirates confirm where everyone can watch their CAF second leg game.

After Orlando Pirates’ first leg game against Diables Noirs in the CAF Confederations cup was not televised, the club has now confirmed that where everyone can watch the lir second leg tier. 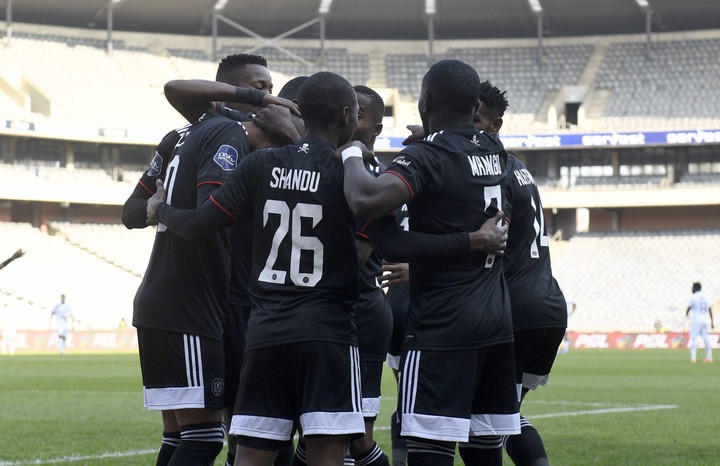 The Buccaneers played out to a 0-0 draw away from home in their first leg of the CAF Confederations Cup second round clash in Brazzaville. Pirates have a tough 2nd leg tier wherein conceding a goal will prove to be a significant blow given they don't have an away goal.

Another draw, this time with goals will be beneficial to the away side as they will been seen progressing through the away goals rule. Orlando Pirates on the other side will have to tackle the game with the aim of winning.

It is a tricky task though as the Buccaneers enter the tie on a back of a four-match winless run but will need to pick up a victory at the Orlando Stadium on Sunday, if they want to reach the group stages of the competition.

The Soweto giants have failed to score in three of their last four games, picking up three draws and one defeat, a defeat coming from the DStv Premiership log leaders Mamelodi Sundowns. Orlando Pirates failed to pick up momentum midweek as Fadlu Davids was unable to guide Pirates to a victory against his former side Maritzburg United. They played out to a 0-0 draw in where Orlando Pirates missed out on a number of chances to score.

With SABC and SuperSport TV not having CAF broadcasting right, the match is not going to be shown on any tv platform in South Africa, but the club have now confirmed that their game will be streamed live on the club’s official app. You can download the app for free at the app store to catch the Buccaneers live.

Check How Belenenses play with 9 players without South African defender