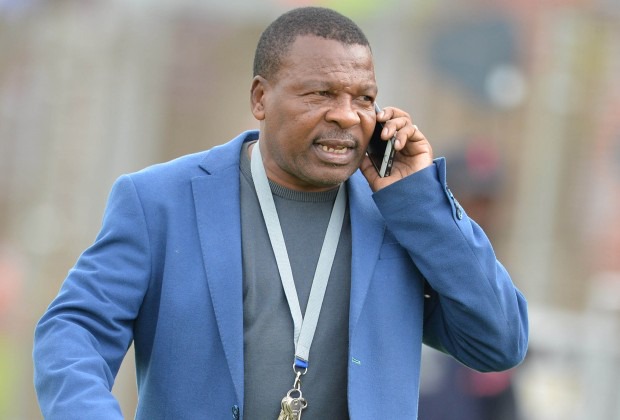 Royal AM FC Chief Executive Officer Sinky Mnisi has added more confusion to the money flashed by his club over the weekend saga by saying it was for a donation. A debate has raged over the brown envelopes that Shawn Mkhize and her son Andile held in a viral video.

Mnisi put out the donation angle in an interview with UKHOZI FM, a national radio station. The Royal AM CEO is gaining a reputation within football circles for his consistent denials.

"What happened is that the players had put together some money that was to be donated to two struggling academies, and the chairman said if they won the game, he would then double whatever they put together," the spin doctor told UKHOZI FM.

Mnisi's version is hard to believe. The video shows players not willing to participate in whatever their leaders were doing on the pitch after winning against Maritzburg United. Harris Tchilimbou is called out on the video, but he does not respond.

"Do you know what he was being called for? Was it to speak on behalf of the players and accept the chairman's donation, or was it to join in the celebrations? Did anyone see any player taking the money?" queried Mnisi as he went on the defensive.

Royal AM's actions did not go unnoticed with Premier Soccer League prosecutor Nande Becker, who stated that he would charge the club's officials. It would not be the first time Royal AM has been called to the headmaster's office for being naughty in class.

"I will charge the club and some officials," said Becker without elaborating further.

The Durban-based club is causing drama with the antics of the owners who are shooting a reality show that appears on a DSTV channel. The same DSTV that sponsors the league that is now, potentially, being put into disrepute.

Content created and supplied by: Sbosh2604 (via Opera News )