It is no longer news that Lionel Messi has been awarded the Ballon d'Or for the year 2021. Listed below are some of the variables that contributed to his winning the most prestigious award for the seventh time in his career. 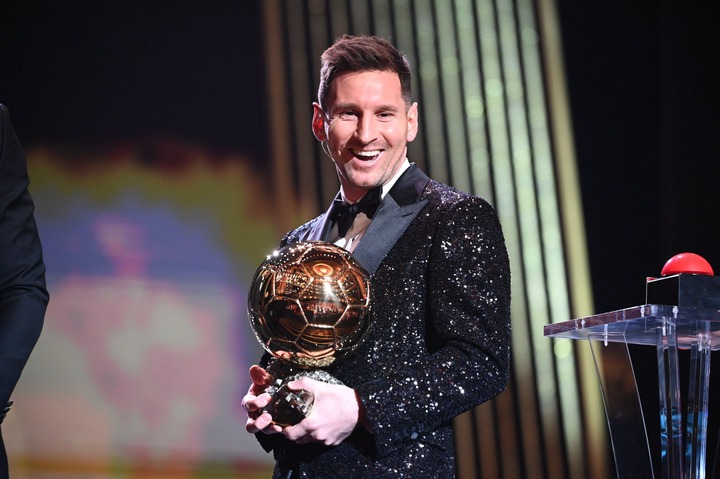 1. The last edition of the Copa America was won by Argentina, with Lionel Messi playing a key role in that victory in Brazil. He played 630 minutes, scored four goals, and assisted on five others, earning him the title of best player of the tournament for his efforts. 2. Lionel Messi's Performance At Barcelona Last Season: Despite the fact that Barcelona lost the La Liga title to Atletico Madrid and finished third behind Real Madrid, Lionel Messi scored a total of thirty (30) goals and provided numerous assists for the club, making him the club's leading goal scorer and earning him the Pichichi award for the record-breaking performance of the seventh term. As well as that, he assisted Barcelona in winning the Copa del Rey last season.

3. His current form: Lionel Messi is performing admirably with his new club, Paris Saint-Germain. This season, he has scored key goals for Paris Saint-Germain in the Champions League and has also provided several assists in Ligue 1 matches in France.

These elements conspired to assist Lionel Messi win the award against other nominees such as Lewandowsky of Bayern Munich, Kareem Benziman of Real Madrid, Jorginho and Kante of Chelsea, as well as his long-time adversary Cristiano Ronaldo, who were all in the running.

JUST IN | Department of Education takes a U-turn with Matric results in last minutes, See Below