By NGONGOMA_NEWS (self media writer) | 17 days ago 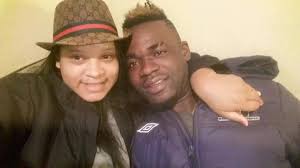 After trending on social media for almost three full days, the Ghanaian attacker has finally opened up about his situation and the rumours about him being 'cursed'.

At the beginning of the season we reported about the Ghanaian striker that gets relegated with every club he sign for in the Premier Soccer League of South Africa. That player is no one but the famous Mohammed Anas. He was made popular by his goal scoring skills and more special when he mistakenly mentioned both his girlfriend and wife when he won the Man of the match award.

Anas was signed by Free state star from Ghana, the season ended with the club being relegated straight to NFD (Glad African Championship). The Ghanaian never went down with the Free state stars instead he joined Polokwane city. They also got straight relegation. 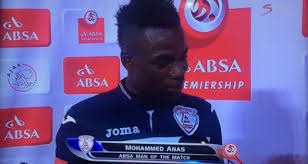 When we all started to notice that he has been involved with 'relegated clubs' the Ghanaian signed for Black Leopards, scored beautiful goals for them and yes they got relegated too. This makes a total of three PSL clubs being relegated consecutively.

Mohammed Anas as usual he came back for a new club, never went down with the relegated side. He was announced by TS Galaxy at the beginning of the season, many were waiting to see if the club will survive with him. It is now history that Tim Sukazi's club experienced their worst run ever, since their PSL era. The management then decided to release the Ghanaian. Surprisingly TS Galaxy won their first game just after Anas was shown the exit door. 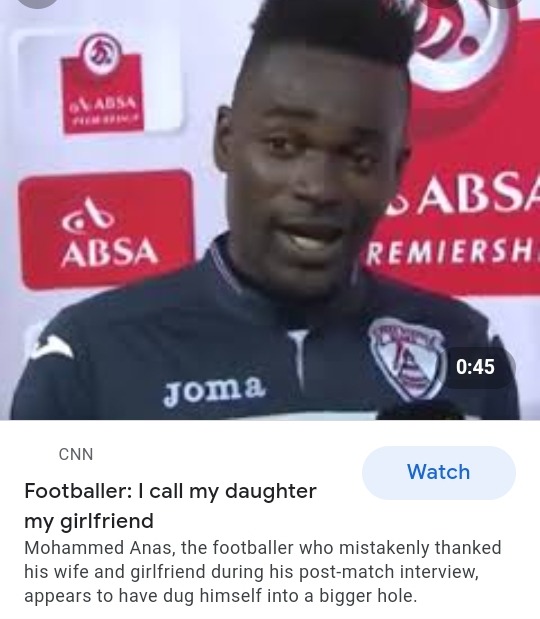 He has responded to the circulating news that the club released him due to the 'bad luck' he brings to the club.

Anas revealed his disappointments to the club as he mentioned that he was not the only player to those relegated clubs and if they feel that he is having a problem why are they not helping him.

" I got a call from Ghana, Another player asking me if I'm really cursed. I don't have social media platforms. I knew nothing so i asked my wife to check what the people are saying about me."

"I have no one here, as a brother you must help me, I only have my wife and kids, I don't know why people are saying such things about me. I even lost my job, how am i suppose to feed my family ? How are teams going to sign me after this? I am even thinking of leaving football...but what other job do i know? God gave me football!"