By Mutwanga (self media writer) | 7 days ago 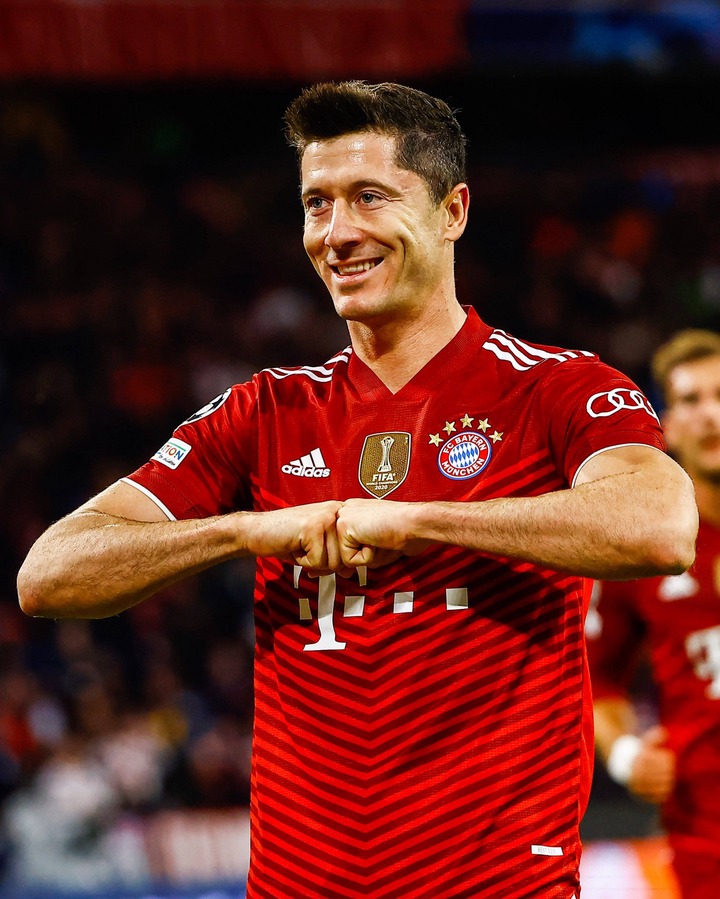 Robert Lewandowski is a Polish professional footballer who captains the Poland national team and plays as a striker for Bundesliga club Bayern Munich. Lewandowski is regarded as one of the best strikers of all time due to his positioning, technique, and finishing.

Lewandowski moved to top-flight Lech Pozna after leading the third and second divisions of Polish football with Znicz Pruszków, where he helped the team win the 2009–10 Ekstraklasa. He moved to Borussia Dortmund in 2010, where he won two consecutive Bundesliga titles as well as the league's top goalscorer award.

He also played in the 2013 UEFA Champions League Final with Dortmund. Lewandowski agreed to join Dortmund's domestic rivals, Bayern Munich, on a free transfer prior to the start of the 2014–15 season. In each of his first seven seasons in Munich, he has won the Bundesliga title. Lewandowski was a key figure in Bayern's treble-winning UEFA Champions League campaign in 2019–20. Along with Johan Cruyff, he is one of only two players to win the European treble while scoring the most goals in all three tournaments, and the first to do it as the solo top scorer.

Lewandowski has been a full international for Poland since 2008, earning over 120 caps and representing his country at UEFA Euro 2012, Euro 2016, the 2018 FIFA World Cup, and Euro 2020. Lewandowski is Poland's all-time leading scorer with 72 international goals. In 2015, he received the IFFHS World's Best International Goal Scorer Award, and in 2020, he received the IFFHS World's Best Top Goal Scorer Award. In addition, he was awarded the European Golden Shoe for the 2020–21 season. Lewandowski has also been named Polish Footballer of the Year nine times, as well as Polish Sports Personality of the Year twice. He is the Bundesliga's all-time leading foreign goalscorer, with over 280 goals (second only to Gerd Müller's 365 Bundesliga goals). He reached the century mark faster than any other foreign player, and is the league's all-time leading foreign goalscorer. He has also won the Bundesliga Top Scorer Award six times, the most recent of which was in the 2020–21 season, when he scored 41 goals in a single season, shattering Gerd Müller's previous Bundesliga record of 40 goals established in 1971–72.

Opinion: Why South Africans don’t love their football legends the way other countries do?

Leo, Give Me Your Shirt I Give You My Mum, A young PSG Fans plead