Kaizer Chiefs signing to a sign a 9th player 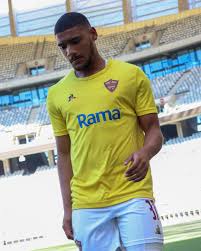 According to, The South African, on Monday Kaizer Chiefs training session at club's headquarters in Naturena looked a bit different, the publication spotted a new face from their Premier Soccer League (PSL) rivals, and was seen training with Chiefs.

Ahead of the 2022/23 campaign, Kaizer Chiefs head coach Arthur Zwane, Dillon Sheppard and club's chairperson Kaizer Motaung and his children Bobby and Jessica Motaung have placed a special emphasis on rebuilding Kaizer Chiefs.

They have already released 12 players while signing 8 players.

With the transfer window officially open, The South African say they believe that 19-year-old Fuad Johnson could be announced as one of Kaizer Chiefs' next players.

There has been a lot of speculation around who Mike Makaab [transfer agent] or Kaizer Chiefs management will announce as their 9th signing, with names like Kobamelo Kodisang, Fiston Mayele and many more being linked to Chiefs. But, Johnson has been spotted training at Naturena and he is a free agent too, according to the publication.

The 19-year-old striker is a free agent, he received his clearance from Stellies and now he has made his way to Johannesburg with the intention of landing himself a contract with Kaizer Chiefs.

Will be signed as Kaizer Chiefs 9th signing?

Tokollo Magesh Tshabalala's cause of death has been revealed in an official statement.

RIP|| The Tshabalala's Family Confirms The Death Of Musician Tokollo