AN EVEN CLOSER LOOK: Who Will Be the Pirates' New Coach? 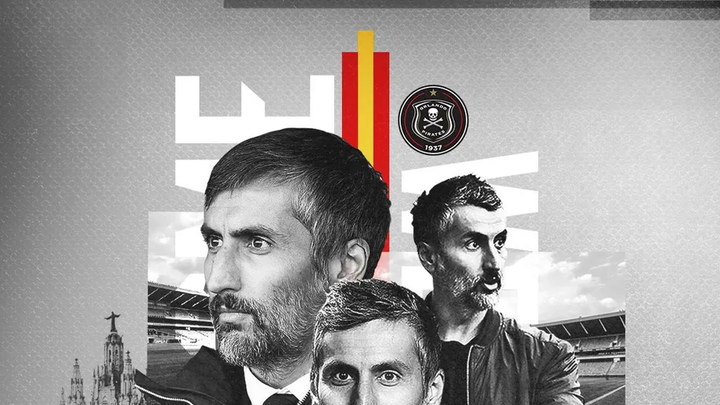 We take a deeper look at José Riveiro's 'CV' after the Pirates confirmed his appointment as head coach, despite the fact that he is relatively unknown.

On Saturday, Orlando Pirates startled the industry by naming José Riveiro, a relatively unknown figure, as their new head coach. The Pirates have agreed to a three-year contract with the Spaniard Riveiro.

Riveiro said in a statement that he is overjoyed to be joining the team and that he is eagerly anticipating the challenges that lie ahead.

"To begin, I would like to extend a warm greeting to each and every one of the supporters of the Orlando Pirates. I am very happy to finally be a part of this group. I'm really looking forward to what comes next with the Pirates project because it's such an intriguing endeavor. It is a privilege for me and my fellow coaches to be entrusted with the task of leading such a prestigious organization in its pursuit of the highest possible accomplishments.

The 46-year-old man is a contemporary, forward-thinking coach who embraces an exciting, attacking brand of football as his guiding principle. He will join the squad for pre-season training as soon as all of his necessary documents have been processed.

WHO IS THE NEW COACH FOR THE PIRATES?

The following is, according to Wikipedia, some of the most important information that you should be aware of:

Riveiro started his career as a coach when he was young and soon after assumed charge of his first senior squad, CD Teis, which competed in the regional leagues. After leading the squad for a total of three seasons, he then served as an assistant and head coach for Rápido de Bouzas' younger age groups for a total of two years before going back to Teis.

In 2010, Riveiro was given the position of manager of Mondariz FC, which competed in the Primeira Autonómica (the sixth division). In his first season, he led the team to promotion to the Preferente. During the time that he was in charge of the club, he was also a coach for the young teams of both CD Choco and RC Celta de Vigo.

Riveiro was promoted to the position of assistant manager of the Helsingin Jalkapalloklubi on June 7th, 2016. It was announced on October 5th, 2018 that he would be taking over as manager of FC Inter Turku.

Riveiro qualified Inter for a European competition for the first time in six years during his first season as manager of the club. Inter finished in second place in the Veikkausliiga under Riveiro's direction. On September 25, 2020, he exercised his option to extend his contract for the 2021 campaign. Inter opted to go with Miguel Grau as his replacement for the 2022 campaign.

Riveiro is not naive about the great expectations that come with his employment, particularly during the season in which the club will be celebrating its 85th anniversary.

"Along with my support team, we are looking forward to arriving, joining the task force, and the group of gamers so that we can get to work right away," you said.

The most recent stop in Riveiro's coaching resume was at the Finnish club FC Inter Turku, where he was in charge of the Black and Blues from 2019 to 2021.