By CornerSpot (self media writer) | 28 days ago

Orlando Pirates came from a goal down to beat Sekhukhune United by 2-1 at the Orlando Stadium on Tuesday evening. There were chances for Orlando Pirates in the opening 10 minutes to open the scoring, but both Linda Mntambo and Tshegofatso Mabasa were off target with their efforts at goal.

Tshegofatso Mabasa was on target in the 21st minute, but Toaster Nsabata made a comfortable save to deny the Pirates man opening goal, while Collins Makgaka’s effort on the half hour mark was deflected wide of the Pirates post.

Chibuike Ohizu tried a long range shot in the 36th minute, but his shot flew over the goal, while Tshediso Patjie went wide just two minutes later. But Seth Parusnath was not to be denied in the 42nd minute as the visitors caught Pirates with a swift attack and Parusnath’s composed finish leaving Siyabonga Mpontshane with no chance making 1-0.

Just before half-time, Linda Mntambo’s free kick caused problems in the box for Sekhukhune United, while Makgaka’s effort in stoppage time was just wide as Sekhukhune looked to double their lead.

Fortune Makaringe made an attempt to level the scores in the 56th minute but his shot went wide. Orlando Pirates brought in Kabelo Dlamini who tried to make a fast impact with a 59th minute effort which went wide.

Another substitute, Kwame Peprah, had two chances for Orlando Pirates to get back to the game but both of his headers went wide. It took a great save from Nsabata in the 73rd minute to deny Terrence Dzvukamanja’s effort, as Pirates kept on piling on the pressure on Sekhukhune.

A minute later the Buccaneers were awarded a penalty for a handball by Ryan De Jongh as Linda Mntambo stepped up and sent Nsabata the wrong way to make it 1-1. Pirates quickly made it 2-1 in the 77th minute, as Kabelo Dlamini was a super-sub striking from just outside the box curling his shot into the corner. 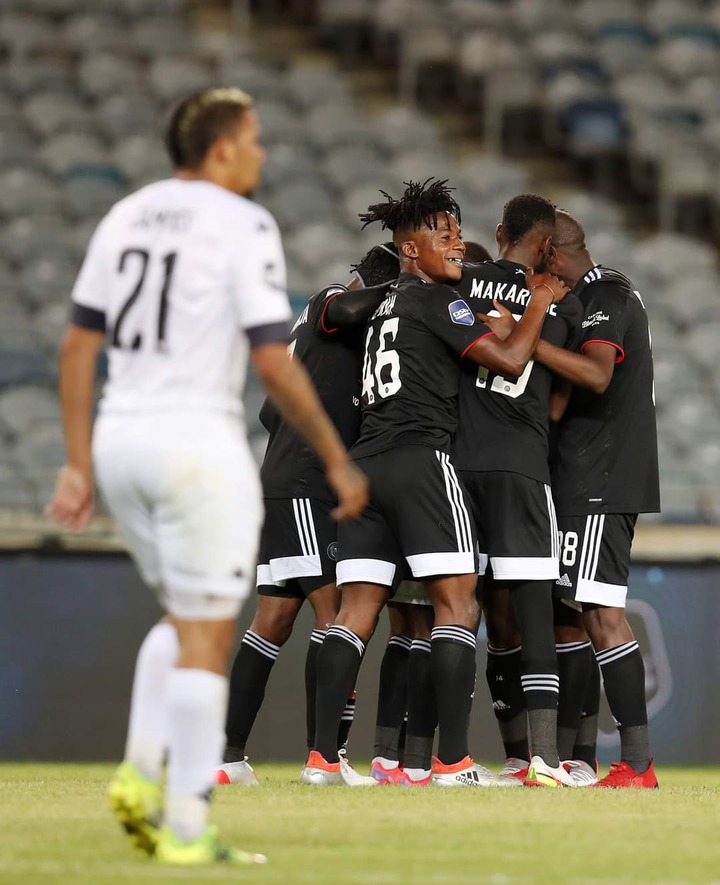 Sekhukhune United were not pleased as they felt there was a foul by Abel Mabaso just before the goal. Nsabata saved to deny Peprah in the 82nd minute. Pirates' two quick goals were enough to secure the 3 points on the evening.

5 Qualities Of Women That Attract Men

Watch this, DJ Zinhle asks AKA to be part of Asante's life.