Orlando Pirates parades new signings ahead of the next season 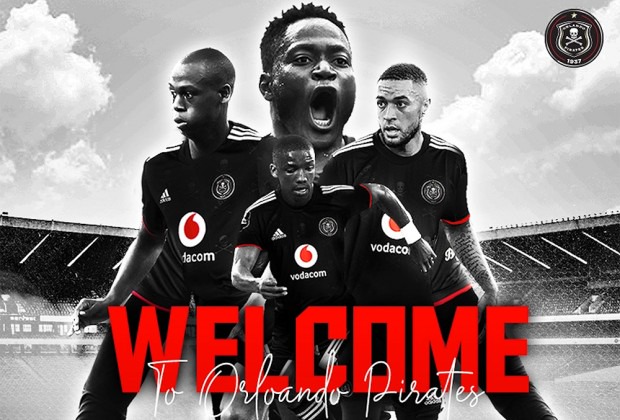 The Buccaneers confirmed that Bienvenu Eva Nga has been signed from Chippa United along with Miguel Timm from Marumo Gallants, Nkosinathi Sibisi and Tapelo Xoki from Golden Arrows and AmaZulu respectively and other new members.

Following the appointment of Spanish coach José Rivero as the new head coach of the Pirates at the weekend, the Soweto giants unveiled their new reinforcements as they prepare for the start of pre-season.

Another newcomer, Azola Matrose from Chippo, is expected to stay in the Eastern Cape on a full-year loan to the Chilli Boys, Siya revealed.

Meanwhile, Pirates' sixth signing Evidence Makgopa is conspicuous by his absence in a video shared by the club on its official Twitter account.

Bucs are expected to make further changes to the squad in the coming days as striker Tshegofatso Mabasa is expected to leave Sekhukhune United on loan while Victor Letsoalo of Royal AM is still a target for the club. 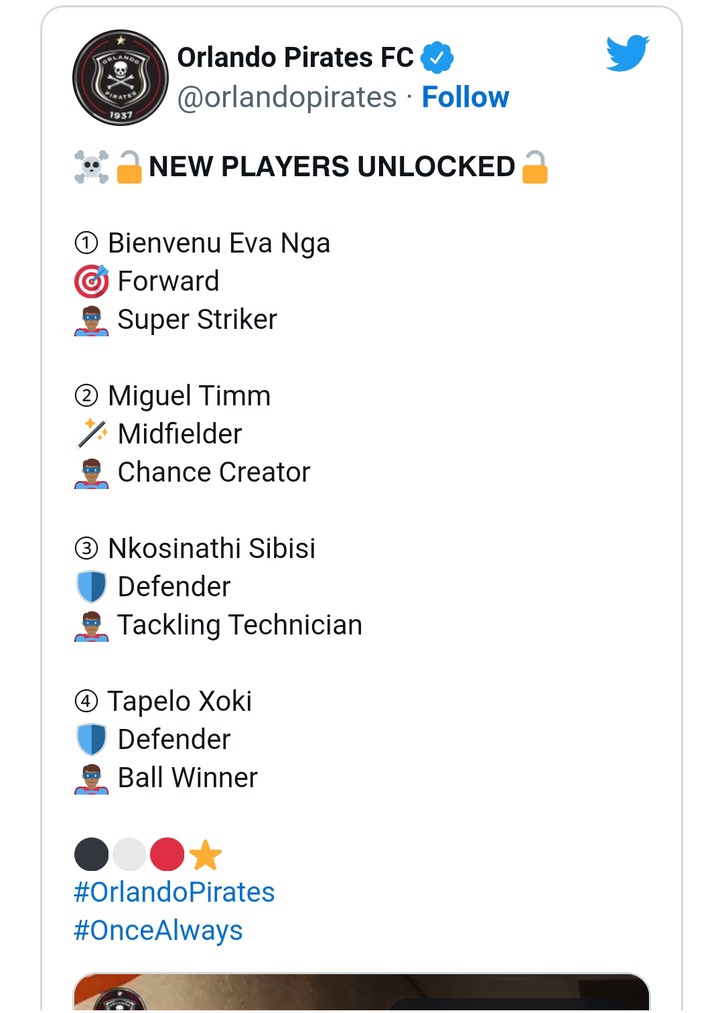 Visit the Bucs Official Twitter Page to watch the video.