Latest news updates on the Proteas

By Mutwanga (self media writer) | 23 days ago 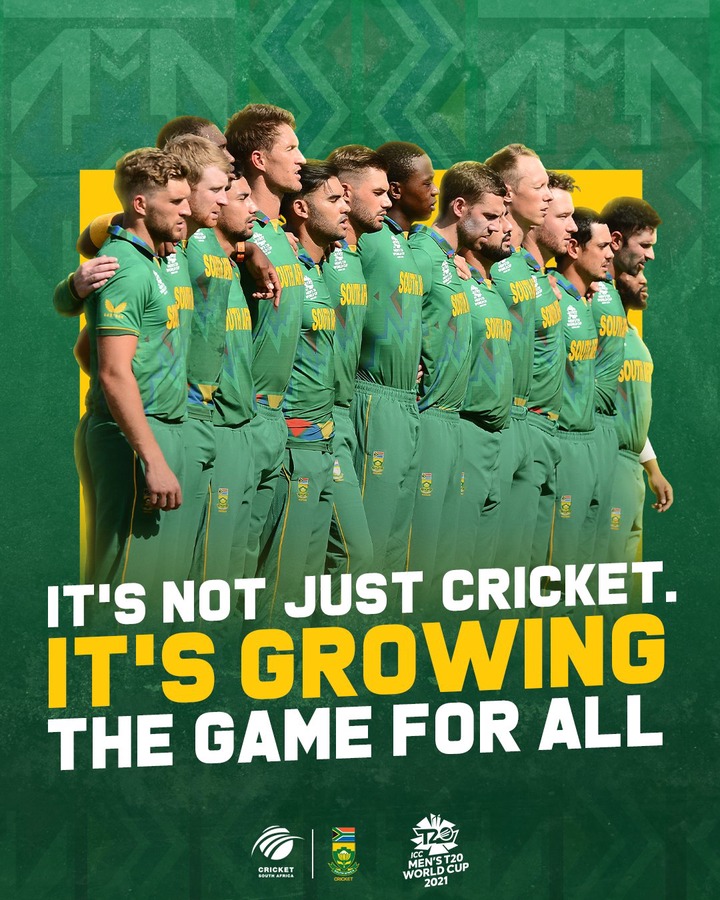 Despite a 10-run victory over England at the Sharjah Cricket Stadium on Saturday, the Proteas were eliminated from yet another big competition due to their poor net run rate.

Australia had an overwhelming net run rate after a dominant win against the already eliminated West Indies earlier in the day, and South Africa started this match with the odds significantly stacked against them.

The Proteas posted 189/2 after England won the toss and chose to bat. Rassie van der Dussen led from the front with an unbeaten 89 off 60.

To overtake second-placed Australia and advance to the semi-final stage, South Africa needed to keep England to a score of 131 or less, but this proved too difficult.

When Liam Livingstone smashed Kagiso Rabada for a humongous maximum out of the park, England reached 131 and eliminated South Africa from the tournament in 15.2 overs.

England were restricted to 179/8 in their chase for 190, with Kagiso Rabada completing a rare World Cup hat-trick by dismissing Chris Woakes, Eoin Morgan, and Chris Jordan in the final over.

After Australia thrashed the West Indies by eight wickets in the other Group 1 encounter in Abu Dhabi, with David Warmer scoring an unbeaten 89, the Proteas found themselves in this unfavorable circumstance of having a lower net run rate.

Australia increased their net run rate to +1.216 with their victory over the West Indies, who were bidding farewell to departing stalwarts Dwayne Bravo and Chris Gayle. It was too much for the Proteas to overcome. 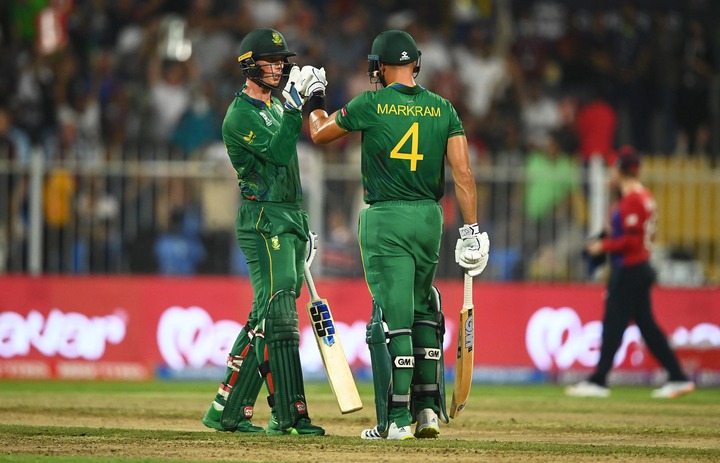 South Africa had a rocky start to the tournament, as they were defeated by Australia and their camp was rocked to its core by the outrage over Quinton de Kock's refusal to take the knee.

They went on to win convincingly over the West Indies, Sri Lanka, and Bangladesh, as well as their fourth triumph against this well-oiled England side.

Failure to advance to the semi-finals would undoubtedly spark debate in South Africa over Mark Boucher's ability to continue coaching the team, given his rollercoaster ride in all formats since taking over in December 2019.

Other reasons will be that Temba Bavuma, De Kock, Reeza Hendricks, Aiden Markram, Van der Dussen, David Miller, Keshav Maharaj, and Tabraiz Shamsi have established themselves in the team.

With 177 runs, Van van Dussen was the leading run scorer for South Africa, while Anrich Nortje was the best bowler with nine wickets and Markram was the other major contributor.

The Proteas have gained automatic qualifying to next year's T20 World Cup in Australia by finishing in the top eight in this event in the United Arab Emirates (UAE), where Bavuma and his guys will have another chance.

For the time being, their attention will be on the summer, which begins with a three-match ODI series against the Netherlands in Centurion from November 26 to December 1.

It will be followed by the main dish of India's next series, which will take place between December 17 and January 26, 2022, and will include three Tests, three ODIs, and four T20s.

Van der Dussen (94), Markram (52) and De Kock (34) batted well for the Proteas in this win, with Hendricks contributing only two runs.

The Internet has been divided by the Jub Jub Scandal, with social media becoming a battleground.