Bafana's Fifa Rankings Revealed, And It Is The Best Since 2015 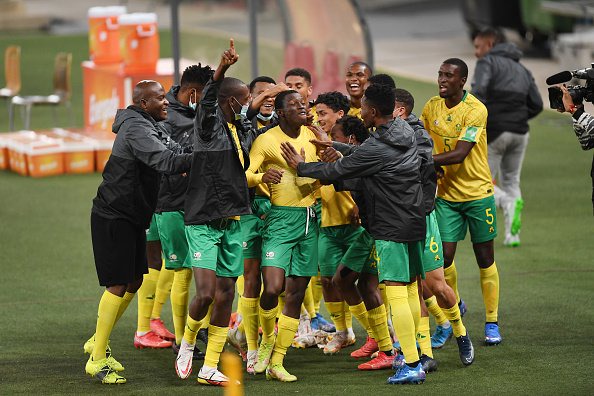 Bafana Bafana has not been a team that has brought home impressive statistics in the past, as their Fifa Rankings and tournament progressions has been rather poor and disappointing. South Africa could not even make it past the group stages in their own hosting of the Fifa World Cup in 2010, although they came very close to moving past the group stages by a fraction.

South Africa is not seen as one of Africa's best countries in football, but their recent statistics has given them the boost on the Fifa World ranking. South Africa has won matches in the world cup qualifiers against Zimbabwe where they picked up a point and two matches against Ghana in which they picked up four points after a draw and a win.

South Africa went on to face Ethiopia in back-to-back matches after Ghana and won both fixtures for six points which has lifted them on the Fifa World rankings. Before the world cup qualifiers South Africa was in the 73rd place spot on the rankings but after they last won against Ethiopia they have climbed into the 66th place spot which is a phenomenal achievement. 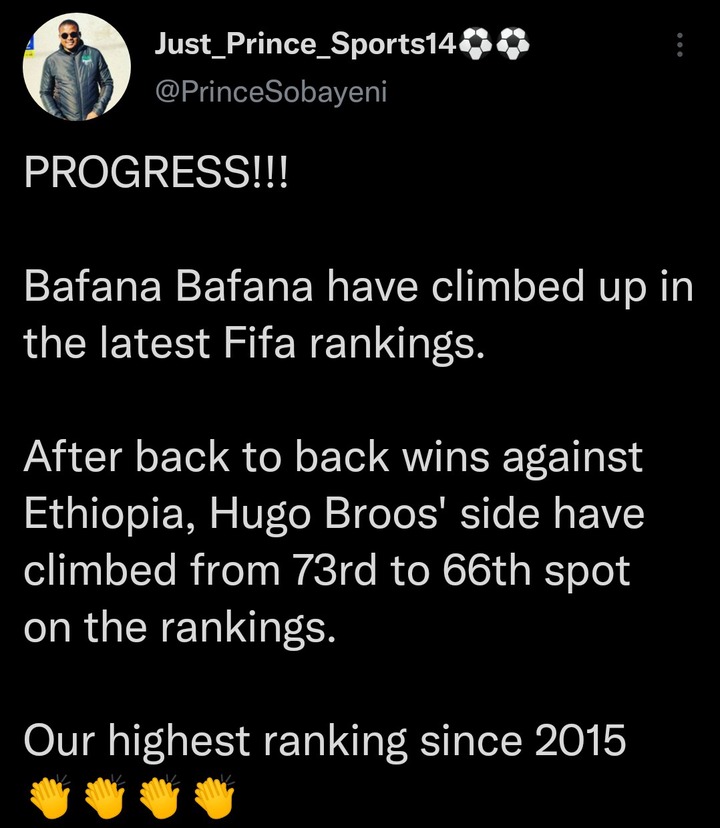 Bafana Bafana has more matches lined up and the 66th place spot does not have to be where we should settle. Bafana Bafana can still climb the rankings even more as a spot below the 50's would be a dream spot for South Africa who has recently found their form in football under head coach Hugo Broos.

The ranking boost could also not have been possible without the talented young players who has been called up taking Bafana to another level in football. South Africa has overthrown a country like Ghana who has reached the final stages of the Fifa World Cup, and if they can do that, who knows what more they are capable of. South Africa has reached their highest ranking since 2015. 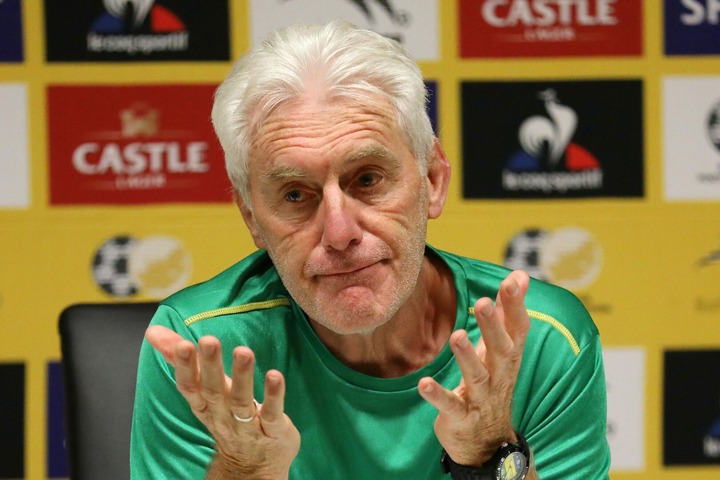