In the intention of rebounding back from a run of disappointing results, Manchester United's Ole Gunnar Solskjaer's team will travel to Leicester City's King Power Stadium tomorrow. 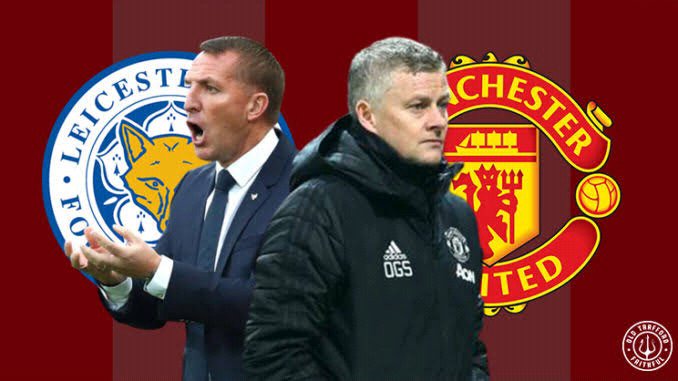 A groin injury suffered by Raphael Varane in France's Nations League final against Spain will keep him out for several weeks. Varane will join England captain Harry Maguire on the sidelines.

Maguire has returned to light training but has yet to practice with the rest of the team, so while it's not impossible for Solskjaer to surprise us, the chances of him playing are considered to be almost non-existent at this point.

Since they will not be available, Eric Bailly and Victor Lindelof will almost probably be positioned at the heart of the defense, with Phil Jones' long-awaited comeback becoming closer as he is expected to serve as their backup on the bench. 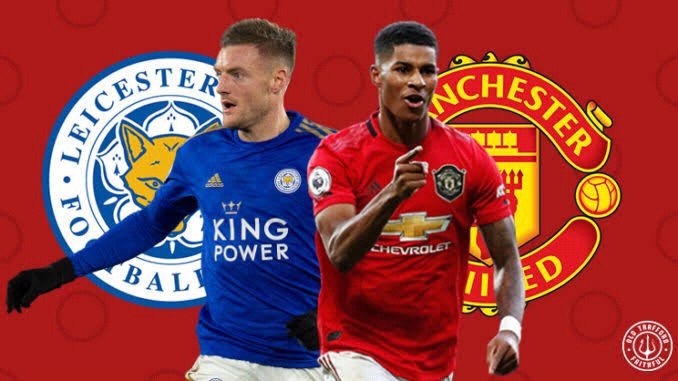 Luke Shaw, Aaron Wan-bissaka, and David De Gea are expected to round out the defensive line.

As a result, Fred, who played in Brazil's 4-1 thrashing of Uruguay in Manaus, will likely be rested in midfield. Despite the fact that the midfielder has been taken from the red list, the short turnaround time and long travel distance make it extremely improbable that the Brazilian will start tomorrow's game. Edinson Cavani, who was also involved in the tie, finds himself in the same situation.

Marcus Rashford is ready for selection after completing his recovery following surgery on his shoulder. He, like Maguire, is a player that Solskjaer will select regardless of the circumstances, and as a result, he might return to the starting lineup right away. My expectation is that Jadon Sancho and Mason Greenwood will occupy the sides, with Jadon Sancho being given 30 minutes off the bench rather than the usual 15.

The most likely midfield duo is Paul Pogba and Scott McTominay, with Bruno Fernandes ahead of them and Cristiano Ronaldo in the attacking midfield position.

While on international duty, Pogba was awarded the first Nations League title, and McTominay, Fernandes, and Ronaldo all scored goals for their respective teams during the international break. Ronaldo scored a hat-trick for Portugal in their 3-0 win over Luxembourg on Tuesday.

In light of all of this, the following is Man United's strongest lineup projection for their match against Leicester City: 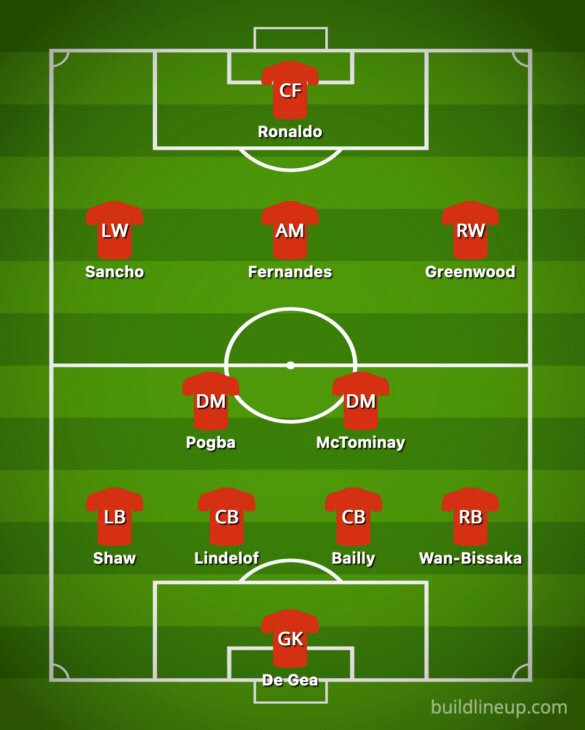 Buildlineup and Google are to be credited.