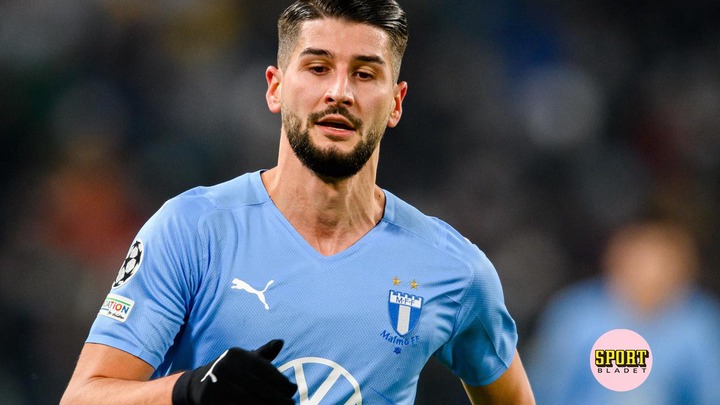 As a result of Antonio Colak missing PAOK's preseason match, the latter is getting closer to joining Rangers.

The Ibrox team is keeping an eye on the striker while the Greek Super League is participating in a training camp in Holland.

After rejecting a second Ibrox offer, sources in Greece claim PAOK Salonika is standing firm with its €3million valuation of the Croatian international striker.

If they can secure a successor for the 28-year-old, however, their position might soften. The Greek Super League team was promised more riches with a sell-on clause and goals bonus in Ibrox chiefs' unsuccessful second offer for €2.3 million, but they still feel a deal is in the works and are convinced they can land their man.

Gio van Bronckhorst has identified Colak as his top target as he tries to bolster his offensive options ahead of Rangers' upcoming season. Nevertheless, despite Gers' interest, he was forced into action last night for PAOK when he was introduced at halftime in a 4-0 preseason thrashing of Dutch side Go Ahead Eagles. The 28-year-old, who has three Croatian caps, was the catalyst for the Light Blues' failed Champions League run the previous campaign when his Ibrox double for former club Malmo eliminated the then Scottish Champions at the third qualifying round. Cameron Archer's transfer to Rangers is opposed by Steven Gerrard, and unannounced negotiations may endanger the Ibrox option.

If Gers wish to have the German-born striker on board for their attempt to reach the group stages this year, they will need to improve their offer. Colak scored 19 goals for Jon Dahl Tomasson's team while on loan in Sweden last season. However, PAOK is determined to recoup the €3 million they paid when they purchased him from Croatian club Rijeka two years ago, so he hasn't quite reached the same heights. However, PAOK manager Razvan Lucescu won't approve the sale until he has new cover for his primary shooter, former Norwich star Nelson Oliveira. Georgios Koutsias, an 18-year-old Greek Under-21 player, is his only other available striker. Rangers will be obliged to focus on their other forwards targets if an agreement cannot be reached.

Van Bronckhorst is also interested in Sunderland striker Ross Stewart and Norwegian free agent Erik Botheim, although both players' wages might be a roadblock. Gers have given teenage player Cole McKinnon a fresh three-year contract in the meantime.