More Troubles Between Royal AM And Sekhukhune. 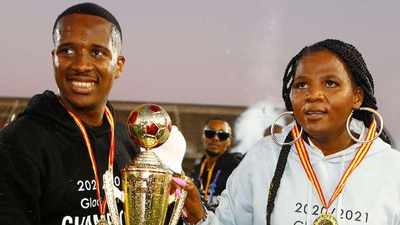 Royal AM LAWYER Lerumo Thobejane has revealed that the Court of Arbitration for Sport may hear their case and could make them last season's GladAfrica Championship champions.

Royal then went on to play the qualifiers for the second promotion team.

They were supposed to play for GladAfrica but went upstairs to buy Bloemfontein Celtic membership.

Sekhukhune won the title with the points awarded to Polokwane City who were convicted of not playing enough for the under-23s.

In that match the two teams faced Limpopo in January 2021.

"There is already a letter from CAS informing other parties that Royal AM has already paid the costs of the trial. Safa, PSL and Sekhukhune have to submit their answers by December 20, ”said Thobejane.

Thobejane also pointed out that the decision has a lot of potential for disrupting the league.

"We do not know what the PSL will do, we see it as a cancellation of the season or not. If the decision is in favor of Royal AM, the team will then be promoted to the top flight. Sekhukhune will have to play in the qualifiers," said Thobejane.

“What the PSL will do, has nothing to do with me. It may be that the season is in full swing but I do not mean that this is what should happen, although that could be the result. ”