Opinion: Chelsea's starting lineup could be the key to them regaining their winning ways tomorrow

By Saminaka (self media writer) | 4 months ago

Chelsea will be hoping to get back on track when they travel to Aston Villa tomorrow in the English Premier League. The Blues have lost their last two matches in the league. 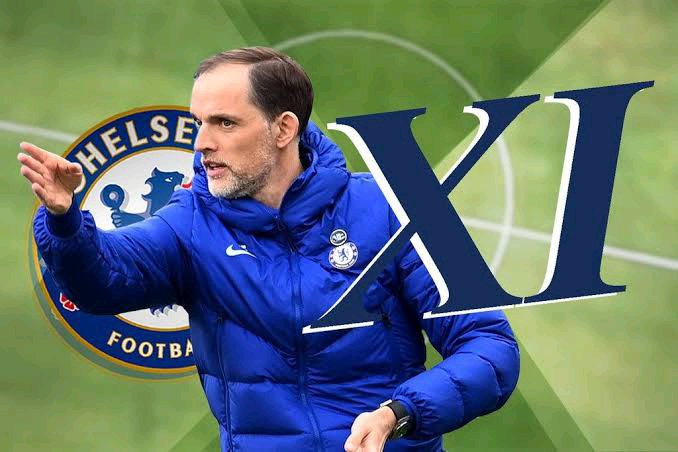 The Blues advanced to the Carabao Cup semi-finals with a 2-0 victory away at Brentford on Wednesday night. It is expected that they will build on this result in the coming game.

For the Blues, the good news ahead of tomorrow's encounter is that injured players such as Romelu Lukaku and Callum Hudson-Odoi have a chance to return to the lineup. Ben Chilwell, on the other hand, continues to be sidelined.

Let's take a look at what the starting XI for the Blues could look like in tomorrow's contest. Take a look at the video below:

Thomas Tuchel is still expected to use his preferred 3-4-3 formation in his next match.

To fill in for the first-choice goalkeeper, Tuchel has called up Edouard Mendy to the starting lineup for the midweek cup game against Borussia Dortmund.

Antonio Rudiger and Thiago Silva are expected to retain their positions in the backline, with Trevoh Chalobah completing the group of three.

N'Golo Kante and Jorginho are anticipated to return to the starting lineup as central midfielders. The fact that Saul Niguez has been good in his last two games does not rule him out of being a bench option in this matchup.

The duo of Reece James and Marcos Alonso are anticipated to take up positions at the wing-back positions.

Despite the fact that Romelu Lukaku may be eligible for selection, he may not be involved in the game. As a result, Pulisic might be used in the 'false 9' position, with Mason Mount and Hakim Ziyech playing on the flanks.

Below is an example of a possible lineup, as illustrated by the diagram 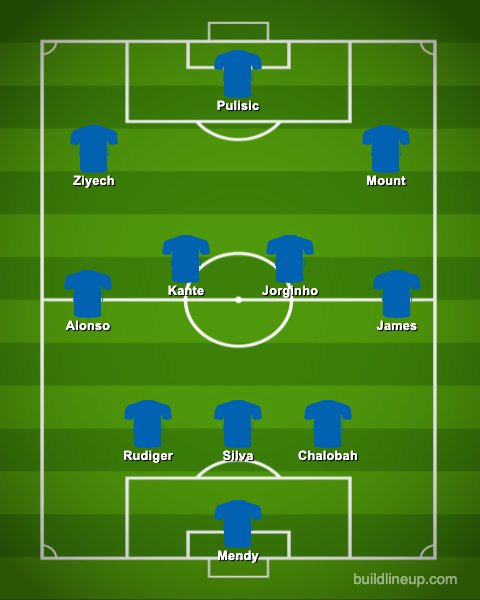 It is critical for Chelsea to earn the greatest number of points possible tomorrow in order to keep their title ambitions alive. Consequently, the players must maintain complete focus during the game.