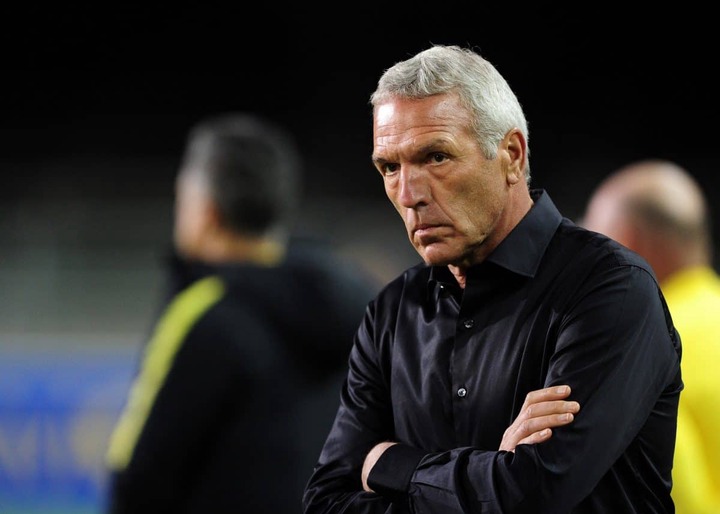 With Ernst Middendorp expected to leave Kaizer Chiefs, his next destination could depend on the ongoing promotion/relegation play-offs.

Soccer Laduma broke the news two months ago that the German mentor had made Ajax Cape Town’s shortlist to take over next season, and at the time, the Urban Warriors were in pole position for an automatic return to the Premier Soccer League topflight – but things drastically changed in the bio-bubble over the last five weeks and it was Swallows FC who were crowned the GladAfrica Champions instead after overtaking Ajax.

The Cape side now have an even more difficult route having to finish above Tshakhuma Tsha Madzivhandila FC and Black Leopards in a mini league, putting on hold their decision on who takes over the hotseat from caretaker coach Calvin Marlin.

Middendorp, 63, is a hot favourite and there is a very slim chance that he will be seeing out the remainder of his contract at Chiefs, which still has one more year to run.

Amakhosi also blew their own chance of clinching a first league title in five years, dropping points on the final day of the season and handing the championship to Mamelodi Sundowns.

A move to Cape Town for Middendorp is likely to only become a reality if Ajax can gain promotion back to the Premier Division – should he still want the job even if their quest to return to the topflight is unsuccessful, then coaching in the lower division in Mzansi would be a first for the well-travelled German.