The European Football Association (UEFA) has responded to Jose Mourinho's team's remarkable 1-0 victory over Leicester City in the UEFA Europa Conference League on Thursday night, which set a new record for the Portuguese coach in European competitions. 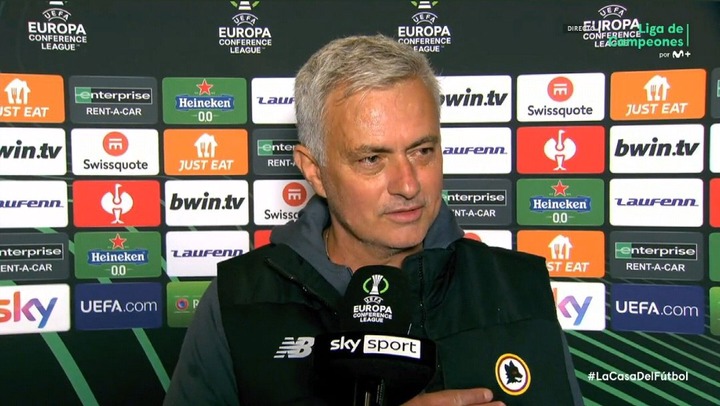 A few weeks after being fired from his previous position as head coach of the FC Porto football club in Portugal, the former Tottenham Hotspur manager was appointed manager of the AS Roma football team, and he has been doing an excellent job for the club ever since.

The UEFA Europa Conference League was only created this season, and the Italian serie A giants have already established themselves as one of the strongest teams in the competition, having won a number of matches thus far. 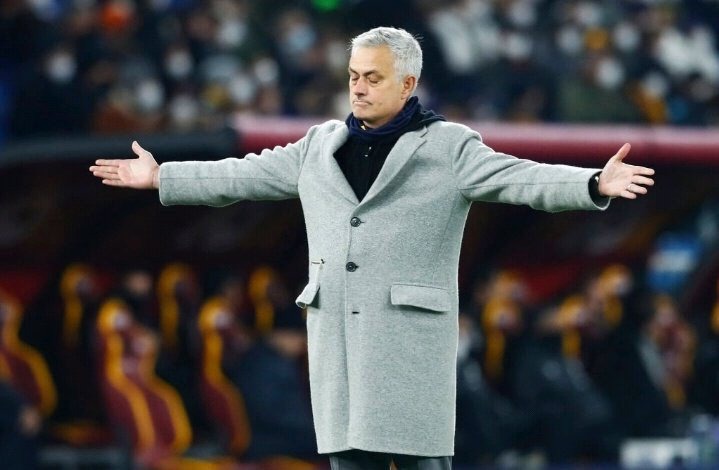 Tammy Abraham's early goal was enough to give the home team a well-deserved victory in what was a highly interesting contest overall.

With the triumph of AS Roma football club over Leicester City football club, Jose Mourinho has become the only manager in UEFA tournament history to reach the final with four separate clubs.

"As a manager, Jose Mourinho has achieved an unprecedented feat by reaching the final of a major European championship with four different clubs.

Inter Milan is an Italian football team that plays in the Serie A. (UEFA Champions League)

The Italian football team AS Roma competes in the UEFA Europa Conference League." 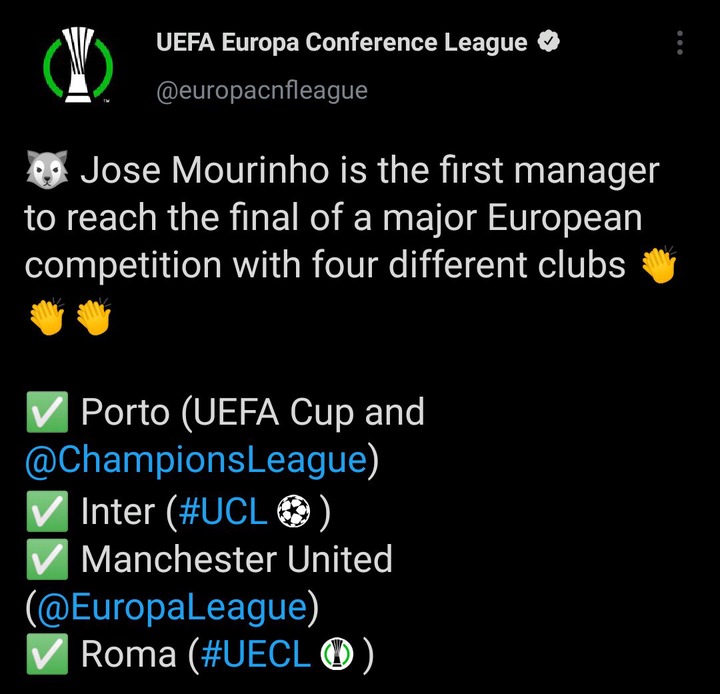 He will now look forward to earning his first title with AS Roma football club when they face Feyenoord football club in the final, which will take place in a few weeks.