Chelsea football club are in disbelief when it comes to the scoring of goals by their (Chelsea's) attackers, particularly the two strikers Romelu Lukaku and Timo Werner, who have both scored four goals in as many games this season. Inconsistencies in the duo's ability to score goals for the Blues have shattered Chelsea's hopes of hoisting the Premier League trophy, as Manchester City are now in first place in the standings and have a one-point lead over the Blues. The second-placed Liverpool football club is followed by the third-placed Chelsea football club. 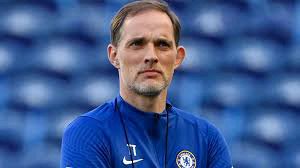 Chelsea's hopes of regaining the UEFA Champions League trophy may also be dashed if manager Thomas Tuchel does not devise a method to end the goal drought that has plagued the club's attackers.

Meanwhile, Tuchel might be able to break the team's goal drought by bringing in a new forward who is capable of scoring goals, and West Ham's striker Antonio could be the best candidate for the position because of the following reasons 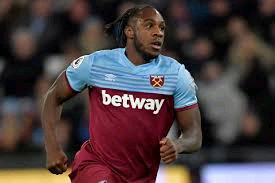 Antonio is a tried-and-true English Premier League striker: Tuchel should consider signing West Ham United's Antonio because he (Antonio) has established himself as one of the hot a, dreadful with a powerful strength and skills, as well as decisive abilities to convert and score goals, among other things.