Every South African player to participate in the Club World Cup 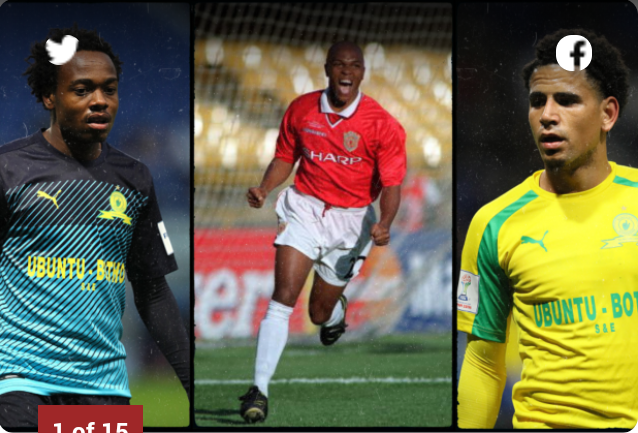 Following the announcement that both Percy Tau and Thulani Serero would represent South Africa at the FIFA Club World Cup next year, here is a look back at all of the South African players who have represented their countries at the renowned competition throughout the years.

The FIFA Club World Cup, which will take place in February of the next year, will include two South African players in the form of Al Ahly's Percy Tau and Al Jazira's Thulani Serero. Both players will represent their respective clubs in the competition, which will be held in Egypt.

After previously representing Mamelodi Sundowns in 2016, Tau will be making his second appearance at the global tournament, this time under the tutelage of Pitso Mosimane, who will be coaching at his third tournament after guiding Ahly to a third-place finish last year.

Serero, on the other hand, will be making his debut in FIFA's flagship club tournament, following in the footsteps of 14 other compatriots who have done so since the competition's inception in 2000. Serero will be competing against the likes of Cristiano Ronaldo and Lionel Messi.

Quinton Fortune, a former Bafana Bafana midfielder, was the first to achieve this feat, appearing twice for Manchester United and scoring twice in what was then known as the FIFA Club World Championship.

His teammates Kearyn Jordan and Grant Young, both of whom represented Auckland City at the 2006 and 2009 editions, set a national record by appearing in a total of four games throughout the course of both events.