Insider: Chiefs Putting A Team Together 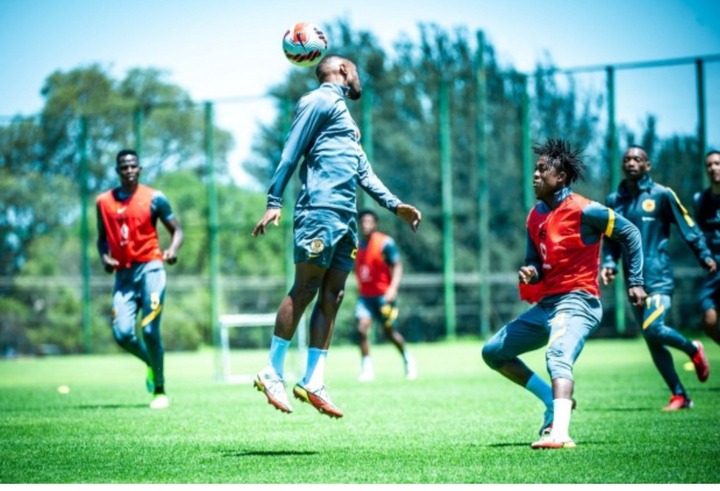 The latest on Kaizer Chiefs' attempts to get their remaining 2021 games canceled has met with opposition, with Siya insiders telling Soccer Laduma that the Glamour Boys are set to return to action on Wednesday!

Amakhosi appealed to the Premier Soccer League last week, requesting that five of their DStv Premiership matches be postponed due to a Covid outbreak at their Naturena headquarters, which resulted in 31 documented cases.

Chiefs claimed they wouldn't be able to field a team against Cape Town City this weekend, never alone the four matches that followed - Golden Arrows, Sekhukhune United, Royal AM, and Maritzburg United.

According to Chiefs' statement, the club did not have a technical team to guide them through their training sessions.

Much has happened since then.

Amakhosi were absent from their home game versus City on Saturday at FNB Stadium, after the Mother City side came to find the gates closed, despite the presence of PSL officials, the match commissioner, and the referee.

Given the league's precedence in a similar scenario last season, it's probable that the Chiefs will forfeit those points.

Mayoyo Gets a Job With Challengers

Arrows play at the Princess Magogo Stadium in Durban on Wednesday night, and the Siya team has been advised that the match is anticipated to go ahead.

Insiders at Naturena have told Soccer Laduma that the players who will be released from quarantine this week, as well as those who passed the previous round of tests, will go to KwaZulu-Natal to play the game.

The rest of the group is kept apart.

The Siya crew claimed on Friday that Chiefs had 13 players available when attempting to persuade the PSL to cancel their match versus City, but now that a few more have been released from quarantine, the Glamour Boys may be ready to field a team.

What's more troubling is that they haven't attended training since The Village in Naturena has been placed under lockdown.