No Kaizer Chiefs deal for Gamildien

By Mirasse (self media writer) | 6 months ago

Bafana Bafana striker Ruzaigh Gamildien will be remaining at Swallows despite previously having an agreement with the glamour boys from Naturena. 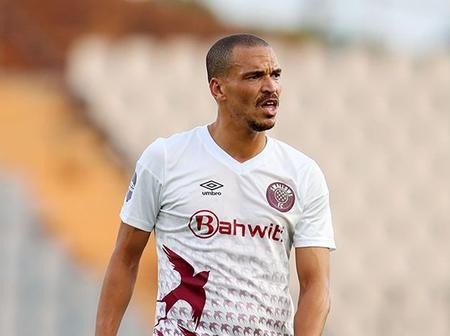 The swallows striker is in Gauteng for pre-season programme and training with the his club. Ruzaigh Gamildien was one of the star performers last campaign and he went on to receive himself a call-up to the Bafana Bafana.

According to a KickOff.com the 32-year-old striker who previously turned out for Chippa United had agreed a deal in principle with kaizer chiefs and sig ed a one-year agreement that had a one-year option to extend with kaizer Chiefs who have decided against signing the player due to new circumstances and approach the club is taking.

According to insiders Gamildien is not going to chiefs anymore as the club have changed their minds about this transfer and Amakhosi didn't elaborate on reasons why they have decided against signing the player.One of the notable reasons is that Coach stuart Baxter doesnt want the player as he believes he is not suitable for the kind of project the coach is building.

Sipho Xulu who is Swallows CEO revealed that talks were ongoing between chiefs and Swallows over the possibility of signing Ruzaigh and he admits that the deal has now been pulled off by Bobby motaung, it will nolonger take place and Gamildien is staying with Swallows.

The situation Could benefit Swallows as they were still looking at ways to replace Gamildien but now it could be a blessing in disguise for the club and the player for the next season. Gamildien is key player for Swallows.

Content created and supplied by: Mirasse (via Opera News )