Bayern Munich cruised to a 3-0 victory over Barcelona in the Champions League on Tuesday, with Robert Lewandowski scoring twice in the onslaught at Camp Nou. Barca were outplayed by Bayern, who could have scored more but settled for three goals due to Thomas Mueller's deflected opening and Robert Lewandowski's double. When Lewandowski made it 2-0 just before the hour, the prospect of a repeat of last year's 8-2 thrashing by the same opponents in Lisbon seemed very probable.

Instead, by easing off in the closing minutes, Bayern sent an even louder message about the class divide, as Barca's fans vented their wrath, dismay, and finally resignation. "It is what it is," Gerard Pique explained. "We are who we are, and that is the truth." Bayern Munich coach Julian Nagelsmann remarked, "We could have been better."

Barcelona didn't manage a single attempt on target, made less passes than usual at Camp Nou, and have now lost 10 goals in their previous three European home matches. Sergi Roberto was the target of the harshest boos from the home crowd, and it was tough not to question whether part of the criticism stemmed from his lack of progress down the right flank, where Messi once generated so much. 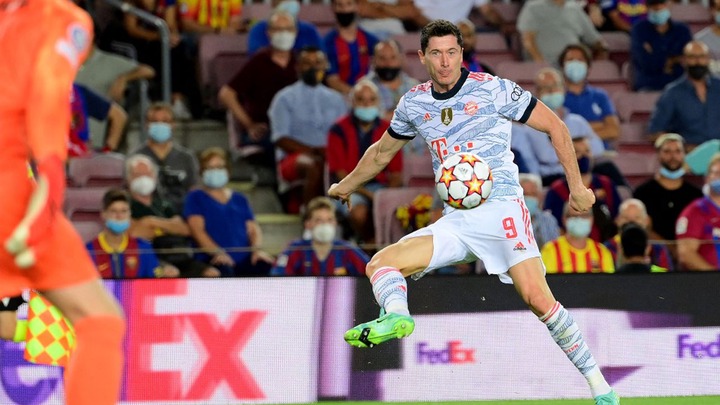 "They (the whistles) really affected me because I know him and he's a fantastic person," Pique remarked. "And it's important to realize that he's not a winger." In recent weeks, Ronald Koeman's job has come under criticism, and his 5-3-2 formation, which defies Barcelona's aggressive traditions, will not have helped him. However, the bottom line here was the lack of quality in Barcelona's line-up, which was inferior to Bayern's in every sector despite their stormy summer of sales.

"Obviously, we hoped to compete better, but we have what we have," Koeman said. "I can't blame the players' effort." Mueller has now scored seven goals in six appearances versus the Catalans, while Lewandowski has already scored in 18 straight games. Nagelsmann's unbeaten start in command continues, although Bayern will encounter harder Champions League competition in the future, possibly even in Group E, where Benfica and Dynamo Kiev started with a tie.

In classic underdog manner, Barca raced towards Bayern early in the game, seeking to make a physical impression on a team they suspected would be technically superior. The crowd was in on it as well, roaring on Luuk de Jong and Sergi Roberto as they defeated Alphonso Davies and Dayot Upamecano. When Memphis Depay slid De Jong, there was a glimpse of a chance, but he lacked the speed to capitalise, and Benjamin Pavard cleared. 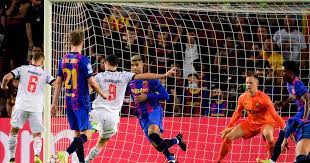 Barcelona's early fervor could only last so long, and as the game progressed, Bayern steadily gained control. Marc-Andre ter Stegen received a volley from Leroy Sane. To stop Mueller, Gerard Pique had to make a last-ditch challenge. But Bayern's dominance was established, even if their first goal was largely due to luck, with Mueller firing from 30 yards and the ball deflecting off the back of Eric Garcia, fooling Ter Stegen and sneaking inside the post.

Before halftime, Barca had wilted, the atmosphere deteriorating as passes went awry and attacks broke down. After a second-half charge, Sergio Busquets hit the post, but Bayern battled back. Sane hit Ter Stegen on the right foot from eight yards, and Lewandowski made it two after the Barca goalkeeper committed to Jamal Musiala's cannoning shot against the post.

To a chorus of whistles from the home crowd, Koeman brought off Sergi Roberto and Busquets, fearful of another battering. Yusuf Demir, 18, and Gavi, 17, both entered the game. Bayern, on the other hand, saved Barcelona from a humiliating defeat by waltzing through for a late goal as Lewandowski moved through a tangle of bodies and fired with five minutes remaining. Three was a welcome respite for Barca. 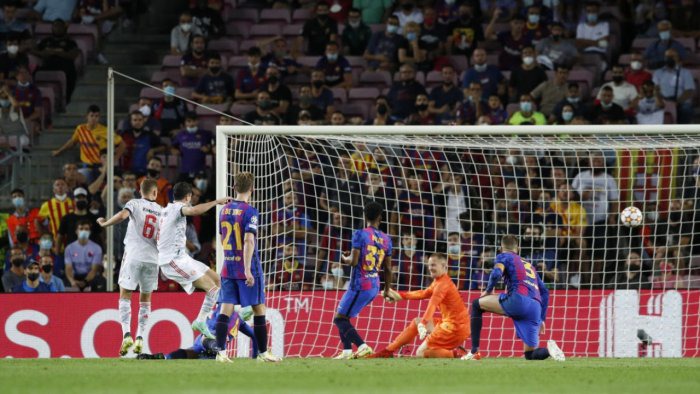