The track record of Kaizer Chiefs games played on Women's Day is impressive.

When Kaizer Chiefs were competing, Women's Day, they won.

On Tuesday, August 9, Kaizer Chiefs will celebrate national Women's Day by playing Maritzburg United in the DStv Premiership. This match will take place on the same day as the holiday.

The Amakhosi are well-known for having a sizable fan base, and it's possible that ladies are the ones that support this club the most.

In order to show respect for them, Amakhosi must perform. In addition, after suffering a defeat at the hands of Royal AM in the opening match of their league on Saturday, the Glamour Boys will be hoping to regain some of their pride.

Over the course of the past 27 years, the Kaizer Chiefs have competed in five league matches on the 9th of August. Of those games, they have won two and drawn three. 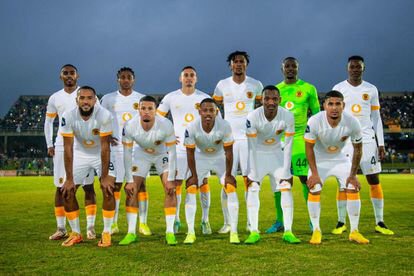 On national Women's Day in 1995, Amakhosi played their first game in the league, which was an away match against Umtata Bush Bucks. The game ended scoreless.

They also tied with Free State Stars in the 2005–06 season and Chippa United in the 2015–16 campaign, respectively.

Both of their victories on national Women's Day came by way of 1-0 decisions over Bloemfontein Celtic in the 2000/01 season and Free State Stars in the 2014/15 season.

Kagiso Modupe Details How He Made His First R1m

HOT| Check Out Who's Due to Visit Nkandla Today