'See What Mamelodi Sundowns Said About His Swallows Loan Move.

Look at what Mamelodi Sundowns had to say about his move to Swallows Loan. 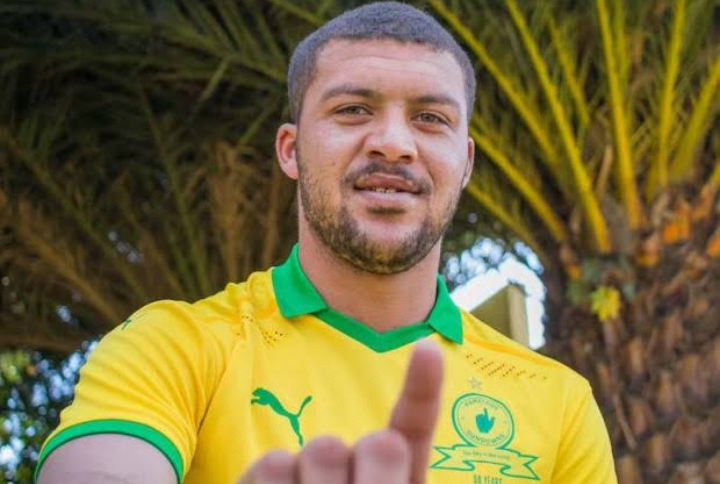 Grant Margeman, a midfielder for Mamelodi Sundowns, has finally spoken out about his decision to make a late loan move to Swallows during the 2017–2018 season.

After a string of successful campaigns with Ajax Cape Town (now known as Cape Town Spurs), Margeman made the move to Mamelodi Sundowns in July of 2019, following the club's rebranding. The player, who was born in Cape Town, joined a Sundowns team that was already a well-oiled machine, so it wasn't going to be too difficult for him to make his way into the starting lineup.

The 24-year-old player was only with Masandawana for one season, the 2020/21 campaign, when the club won the league title with him, but he only made three appearances in all competitions, which led to him being loaned out the following season. Despite winning the league title with the club, the player only played in three games overall.

The player for Bafana Bafana revealed that he never envisioned the loan move to "The Dube Birds" happening after he had already been in talks with Stellenbosch and was set to leave, but a call in the middle of the night altered everything.

"We were very close to finishing the deal; all I needed was for Stellenbosch to have an agreement with Sundowns," said the person in charge of the negotiations.

"Just as I was getting ready to depart for Cape Town, my agent gave me a phone and said, 'you might have to go to Swallow FC' because there's something important at stake there.

"I traveled to Sundown's headquarters in order to have a conversation with management. I also informed them that I require at least a couple of days to ponder over this matter. Coming to Cape Town was already predetermined in my thoughts. Because I knew that it would bring me a little bit of comfort and that I would be a little bit closer to my family.

"I also decided to stay or join Swallows after I had a conversation with Tlhopie, the chairman of the club at Sundowns. He advised me that because I've spent so many years playing for Ajax, and because I've just joined Sundowns a season ago, and now I want to go back to Cape Town, it's going to be me giving up,"