Opinion: Worst Referee and VAR decisions against Arsenal in Yesterday's game against Everton 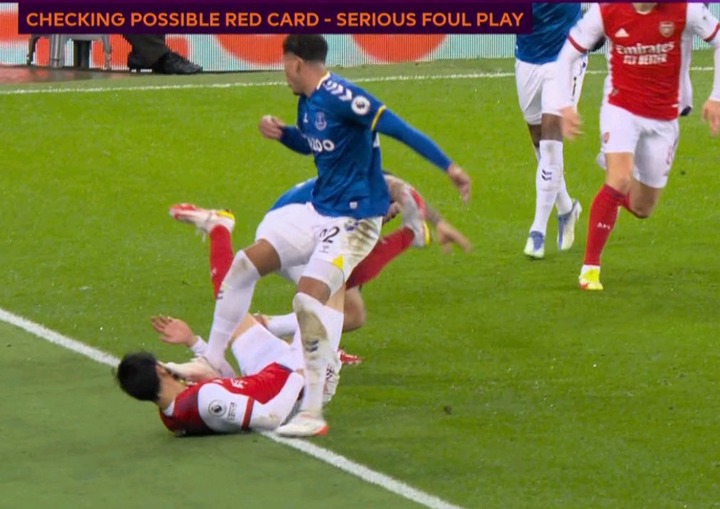 Although Arsenal had Granit Xhaka back in the starting lineup, Everton exerted significant pressure on their opponents. The Gunners are having a rough day at Goodison Park as the host team has controlled all areas of the field so far this afternoon.

Towards the end of the first half, the home team scored, but it was disallowed by the video assistant referee because Richarlison was judged to be in an offside position before receiving the ball by the referee.

After Martin Odegaard's thunderous shot handed the Gunners their first lead, the home squad was left with no choice but to concede. Due to the fact that it was scored in an additional minute of the game, the goal was sad.

When Ben Godfrey stamped Takehiro Tomiyasu in the face, the center referee, Mike Dean, and the video assistant ref made the decision not to show him a red card. This decision was incorrect. The defender would have suffered a major facial injury and would have been sidelined for several weeks. 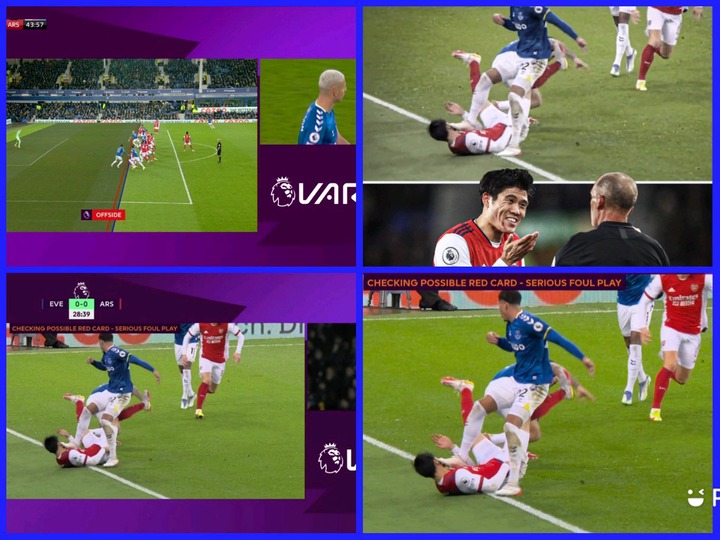 After committing such an offense against an opponent, the player did not receive a warning in the form of a yellow card. This was the worst decision made by Liverpool versus Arsenal in the EPL's Week 15 game.

Kaizer Chiefs reportedly to be still chasing after Victory Letsoalo