Orlando Pirates and Kaizer Chiefs have the same problem 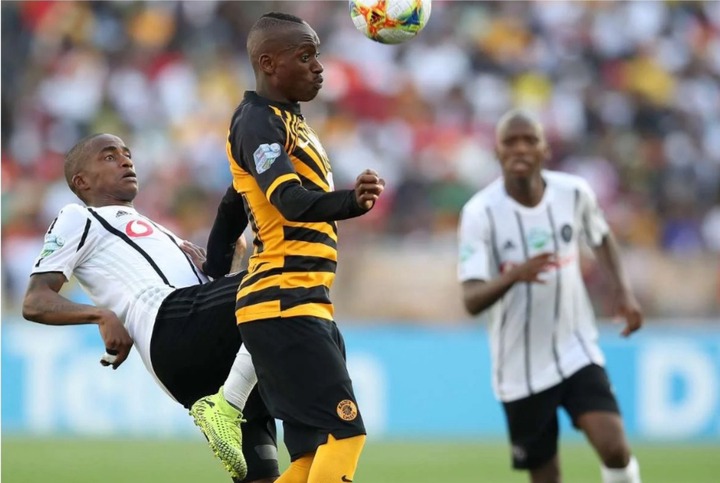 The Glamour Boys and the Buccaneers appear to be in a similar scenario in terms of lacking a consistent goal-scoring center-forward.

What would the Kaizer Chiefs and Orlando Pirates give to have a forward like Mamelodi Sundowns' Peter Shalulile on their team?

Happy Jele, a Buccaneers defender, gained a point for his team with a thundering header in the 1-1 draw with Cape Town City over the weekend.

In a 1-1 draw with AmaZulu, Chiefs were helped by a controversial judgment from referee Jelly Chavani, who allowed Keagan Dolly to score a 94th-minute penalty.

Aside from Dolly's penalty and one from Khama Billiat earlier in the season, defenders Daniel Cardoso and Sifiso Hlanti have scored the club's other two league goals this season.

At the very least, Tshegofatso Mabasa, the Sea Robbers' centre-forward, has scored two league goals this season. And Mabasa has the ability to score 12 to 15 league goals per season if he can stay fit and on-form throughout the season, something he has only done a few times in his career.

However, he hasn't gotten much help from the Pirates' other assailants. Bucs also struggled to find a go-to player for goals last season, with Vincent Pule leading the league with just six goals.

Both teams have a plethora of attacking options up front and in the middle.

However, both strikers have been battling fitness, injury issues, and a lack of confidence in front of goal for some time.

Lebogang Manyama (who scored eight league goals last season, his team's most), Leonardo Castro, and Dumisani Zuma at Chiefs, as well as Zakhele Lepasa and Thembinkosi Lorch at Pirates, have all been injured.

Others, such Kabelo Dlamini, Fortune Makaringe, Deon Hotto, and Terrence Dzvukamanja, as well as Khama Billiat, Manyama, and Bernard Parker, have simply gone off the boil in terms of goal and assist contributions.

While Themba Zwane, Kermit Erasmus, Gaston Sirino, Sibusiso Vilakazi, Neo Maema, and, when fit, Lebohang Maboe have all lent a hand to Shalulile, it's not always clear where the next goal for Chiefs and Pirates will come from.

It's a symptom of a larger problem in South African soccer: a scarcity of reliable goal scorers, particularly those born in the country, and it's a challenge that Amakhosi coach Stuart Baxter and Bucs co-coaches Fadlu Davids and Mandla Ncikazi will face this season.

It's a problem that could persist for the foreseeable future, and fans of both the Chiefs and Pirates will find it impossible to imagine either club challenging Downs' dominance.