Burkina Faso and Cameroon have secured a spot in the Last 16 of the World Cup. 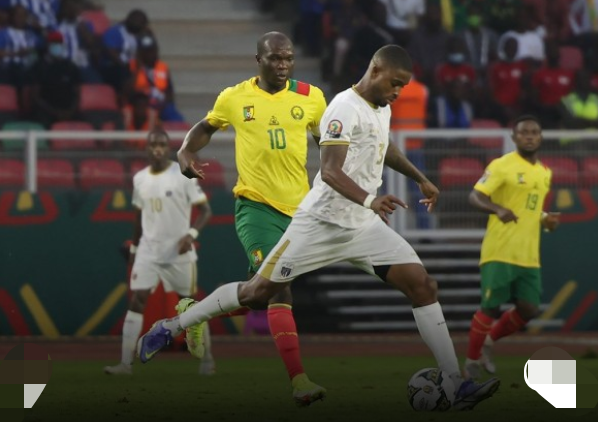 Against Cape Verde on Monday evening, Cameroon was held to a 1-1 draw, which brought their group stage campaign to an end.

Even after securing qualifying, the hosts made only minor changes to their starting lineup, with top scorers Vincent Aboubakar and Karl Toko Ekambi continuing to lead the attack.

The decision to stay with Aboubakar paid dividends in the 39th minute, when the striker scored his fifth goal of the tournament with a left-footed effort from outside the box.

A close-range finish from Garry Rodrigues gave Cape Verde the lead eight minutes after the break to level the score.

Bubista's troops were unable to claw their way back into the game and were forced to settle for third place, despite the fact that they had the potential to be among the top four third-place finishers with four points.

After a 1-1 draw with Ethiopia on Monday evening, Burkina Faso will join Cameroon in the knockout stages of the World Cup.

After being set up by Adama Guira, Burkina Faso took the lead in the 24th minute through Cyrill Barros Bayala, who scored his first goal of the campaign in the process.

Getaneh Kebede offered Ethiopia a glimmer of hope in the 52nd minute when he converted a penalty, but the Stallions held on for the remainder of the half to secure a place in the Last 16.

Ethiopia, on the other hand, finishes bottom of Group A with a single point from three games.