Is Baxter to blame for Kaizer Chiefs' woes?

By Therichman (self media writer) | 19 days ago

The most recent d 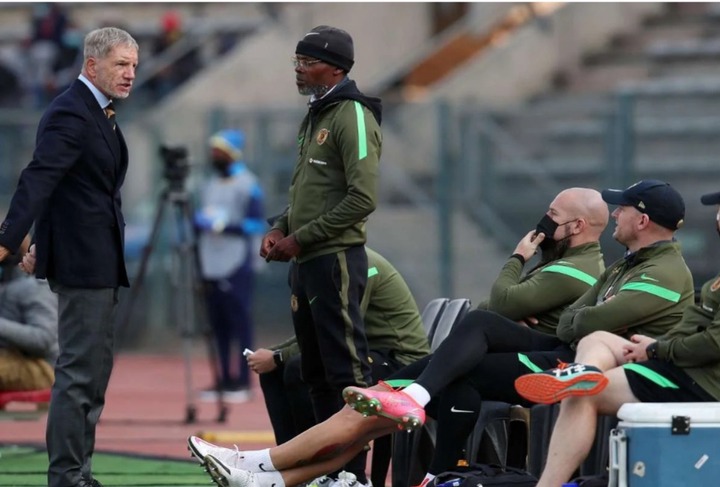 efeat came against AmaZulu on Saturday, when Amakhosi escaped with a 1-1 draw after being given a disputed late penalty.

After a poor start to the season, the heat is mounting on Kaizer Chiefs head coach Stuart Baxter and his team.

Of course, a draw against AmaZulu is a good result these days, but the problem was that it stretched Chiefs' winless streak to four games and left them with just one league victory this season. They were also eliminated from the MTN8 after losing on penalties to Mamelodi Sundowns.

When you combine last season's disappointment with the fact that the Glamour Boys haven't won a trophy since 2015, the fans' discontent is palpable, and Baxter has even less breathing room than he might have had otherwise.

"In the first half, I thought we played quite well. What [AmaZulu] had we contributed to it with our inexcusable errors, "During his post-match interview with SuperSport TV after the draw in Durban, Baxter rightly predicted.

It's a sentiment that could be heard after a number of Chiefs games in recent years.

Several Chiefs players have been guilty of making unnecessary blunders, irresponsible mistakes, and missing too many golden goal scoring opportunities not only this season, but also last season. Of course, even in professional sports, there is a margin for error, but it appears that the team's players have gone beyond the established norm on far too many instances and far too frequently.

There have been far too many games in which the Chiefs have been the superior team, having controlled ball possession and generated more opportunities than their opponents, but failing to win all three points.

There's only so much a coach can do, so it's up to the players to take charge and deliver on their promises.

Meet Sbu from Uzalo real life girlfriend, she is so beautiful

Here is why i sometimes hate my body -Beautiful woman reveals