The boss Cristiano Ronaldo was in his territory in Atalanta in Italy last night killing the home team trying, by all means, to get to the top of the spot of the group in the champions league because they have a terrible game with young boys a small European Team. 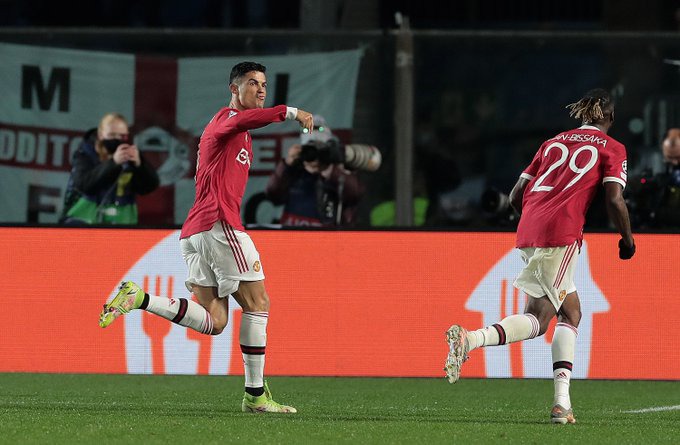 Ronaldo is going to keep saving united till they put him in the grave, the man is 37, he was doing this since the age of 23 after he was signed by Furgerson who likes a winning team and CR7 love to win, he would rather die than not win the game.

Man United players are not becoming better that is the problem, they were supposed to improve with CR7 in the team, the man is goat meaning the greatest of all time, no one has done it as he does in the last 18 years, the man has been playing professionally for the last 15 years and he ages like fine wine and he keeps scoring maybe the surname carries a lot of weight. Ronaldo is great, but united needs to come to the game to try and keep him because if no there will be a lot of fights at the camp.

The man is good, even though he is not top three this year but he is good, maybe he will never retire after all, but he would like to leave with a championship trophy rather than empty-handed like most veterans when they leave the game they usually have nothing to show for it. Cristiano seems like he is going to be bigger than the sport itself more like Pele who is incredible too but he came in the olden days when it was not cool to be African and a sportsperson.