Erik ten Hag could be in the stands for Manchester United's final game of the season against Crystal Palace.

Ten Hag has signed a three-year deal at Old Trafford to replace Ralf Rangnick at the end of the season.

He has led Ajax to another another Dutch crown, and his farewell game with the club will be against Vitesse on Sunday. 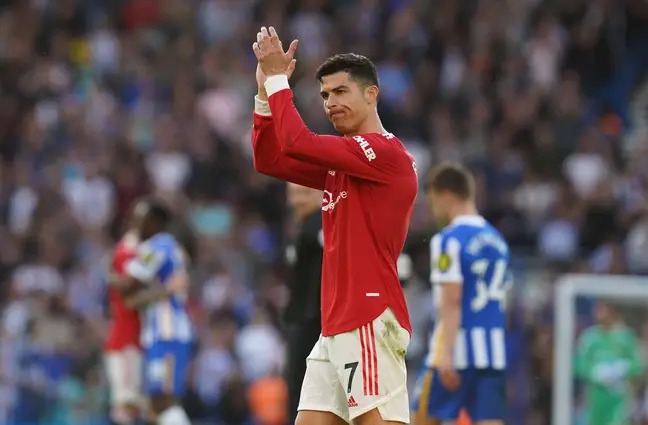 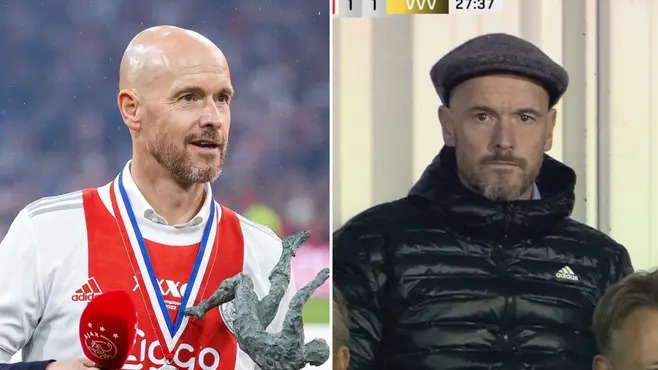 against Crystal Palace on May 22 before taking over as manager

Furthermore, he could watch the game from the Selhurst Park stands. 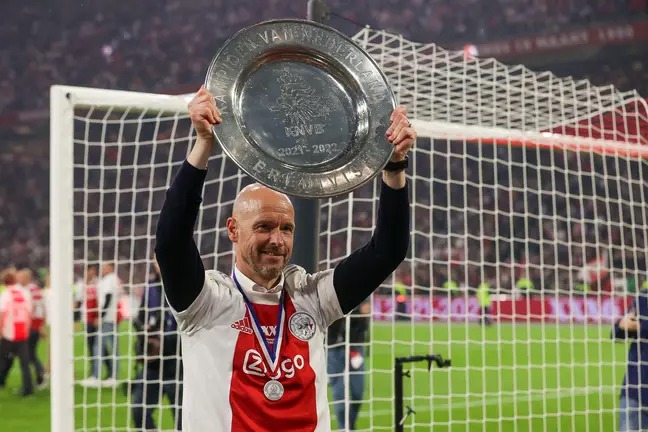 According to The Athletic, the 52-year-old has yet to determine whether or not to attend the game next Sunday.

Ten Hag will attend Man United's Premier League match against Crystal Palace on May 22 before taking over as manager. The Red Devils are now in sixth place in the league, with their European future still up in the air.

Man United had a rough season under Ole Gunnar Solskjaer and subsequently Rangnick, who failed to finish in the top four.

This season, they have lost 11 league games and have let up 56 goals.

A major summer overhaul is likely, with Cristiano Ronaldo indicating that he intends to stay at the club next season.

"I know he did a fantastic job at Ajax and is an experienced coach," Ronaldo told the club's official website. "But we have to give him time."

"Things must alter in his favor. If you succeed, Manchester United will succeed as a whole, so I wish you luck.

"Not only as players, but also as fans, we are all ecstatic about the arrival.

"We have to believe that we can win titles next year."