By TMvalienews (self media writer) | 29 days ago 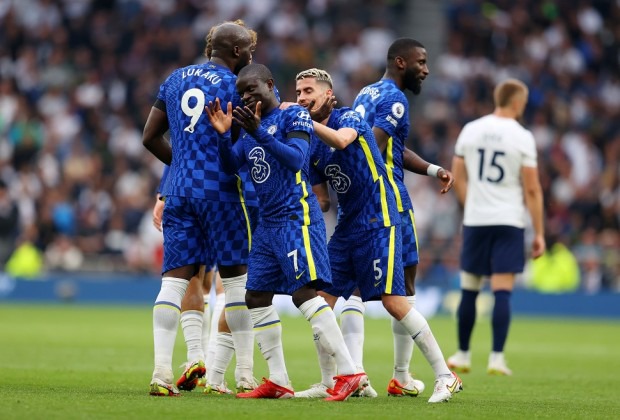 Heung-min Following their stunning loss to Crystal Palace last Saturday, Son looked to put the hosts up, but the Blues' tough defending thwarted the Korean international.

Chelsea started to play better after the half-hour mark, and Kai Havertz had an unintentional chance after a lost ball, but the German headed Cesar Azpilicueta's cutback wide.

After a one-on-one by Son on the back of a pin-point through ball, the hosts appeared to be on their way to a breakthrough within minutes, but Arrizabalaga read the danger and parried.

After getting on the end of Azpilicueta's ball, Alonso sought for one himself with a late attempt from an unmarked position, but Eric Dier covered ground to clear off the goal-line.

Chelsea got their second goal twelve minutes after the restart, when Kante's low rasping drive deflected off Dier and spun past the inside post on its way to the net.

Hugo Lloris made a double save minutes before full-time to deny the Blues another goal, parrying Timo Werner's one-on-one and the lively Azpilicueta's shot over the face of the box. 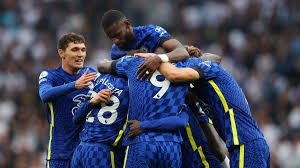 Chelsea scored a third goal late in the game when Antonio Rudiger sprinted into space to convert Werner's lay-off.

In the 21st minute, Tomas Soucek came close to breaking the deadlock for West Ham after pouncing on a rebound inside the area, but his low drilled effort was saved by goalkeeper David de Gea's boot.

Bruno Fernandes was unlucky not to break the deadlock with a lovely diagonal half-volley inside the box that was pushed into the post by shot-stopper Lukasz Fabianski just before the half-hour mark.

Said Benrahma's effort from outside the area took a deflection off Varane and caught De Gea off guard, putting David Moyes' side ahead two minutes later.

Cristiano Ronaldo equalized ten minutes before halftime with a close-range tap-in off a rebound off his own header, which Fabianski had parried back.

Man United almost got off to a perfect start in the second half when Ronaldo ran through on goal two minutes before halftime, but he was thwarted by Fabianski's legs.

On 71 minutes, Solskjaer made a double substitution, bringing on Sancho in place of Greenwood for fresh legs and replacing Paul Pogba with Jesse Lingard in a tactical alteration.

Man United's substitutions provided them a boost, and Lingard gave the visitors the lead with a spectacular curling strike inside the box that found the top corner in the last minute against his former club.

West Ham were awarded a penalty for a handball by Luke Shaw inside the area in stoppage time, but De Gea went the correct way to keep away a penalty from Mark Noble, who had just come in to take over that role.