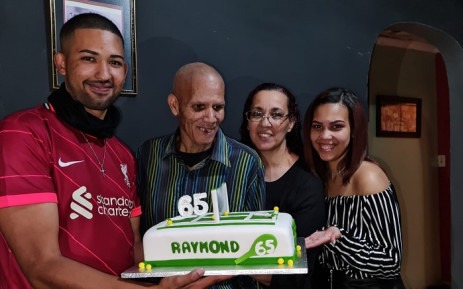 JOHANNESBURG - Like many dark South African competitors who played during the dull long periods of politically-sanctioned racial segregation, Raymond Anthony's story is loaded up with unanswered inquiries of what might have been. In some other country, he could have flourished with his ability.

Anthony was a talented tennis player who came out on top for different common and public championships during the prime of his vocation in the right on time to mid-1980s. Be that as it may, because of the shade of his skin, he was not qualified to address his country. Maybe he might have been a commonly recognized name had he lived in an alternate period.

Today, he is scarcely known in his nation of origin, a sign of unfulfilled potential, brutally upset by isolation. His family maintains that the unrecognized extraordinary should be commended while he still alive. They appealed to Tennis South Africa (TSA) to give him public tones - that he most presumably would have procured in a fair and just society.

TSA have consented to give him a public jacket on 18 June at an occasion coordinated by the family in acknowledgment of what he could have achieved, notwithstanding the underestimation of dark, shaded and Indian individuals.

"The introduction of this jacket will consequently affirm that Raymond might have addressed South Africa in the Davis Cup Team rivalry had it not been for the discriminatory race regulations that won in the country at the hour of his qualification," said Andre Homan, TSA CEO.

Nowadays, Anthony is a sad remnant of his previous self. He experiences Alzheimer's infection and is frequently neglectful. There isn't a lot of that he perceives yet his friends and family say his face illuminates when his consideration is gone to tennis.