"The Ballon d'Or should go to Messi without any doubt. And if I didn't coach Messi, I would say Messi. I answer with my heart.

I always say what I feel. On the podium would have to be [Robert] Lewandowski and Cristiano [Ronaldo] as runner ups Pochettino said

You agree with Mauricio Pochettino?

Winning copa will certainly put messi on the podium as for winning it I am not sure because I think Lewandowski has done enough to take it.

The Polish Goal scoring machine deserves this than any other Player ahead of Ronaldo and Messi infact this could have been Robert Lewandowski's 2nd Ballon d'Or. 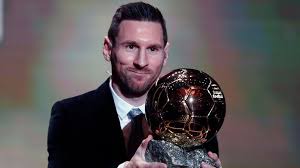 Messi for what Jorginho, Lewandowski or either kante this guys gave it all prior this season justice should be served this time around cause this prejudice in Ballon d'Or kills the love of football.

Favouritism,it's Robert Lewandowski or Karim Benzima, either of then as the winner and the other as runners up and maybe N'golo Kante as the other runners up.

I agree but Ronaldo fans already knew that he won't win it so they'll say whoever next to the line if you understand football you will understand why Messi deserve it.

What did Ronaldo do except go to juventus from go dominate  league to position 4.

Messi these past two season's?

Lost a final against Granada A Copa del Rey trophy.

He Lost a Final again against Athletic Bilbao.

Robert Lewandowski won A A golden Boot he is a Top Goal scorer reaching 41 goals Bundesliga.

Robert Lewandowski a Player of the season c'mon.

I want to date a man who is rich and good in bed, lady explains after being divorced for 8years now