Maritzburg United striker Bongokuhle Hlongwane burst into the scene in the last two seasons and he is now one of the most talked about players in South Africa.

He scored a much needed goal when Bafana Bafana defeated Ghana in the world cup qualifying game Monday.

According to reports coach Ernst Middendorp has recommended the 21 year old striker to Germany teams and the player could be set to go for trials as soon as January.

Reports had suffaced that DSTV Premier League champions Mamelodi Sundowns had sign the striker but the chairman of Maritzburg United quickly rubbished those reports.

Upon the start of the season Hlongwane signed a contract renewal with Maritzburg United and the club confirmed that they rejected bids from Sundowns and Pirates respectively.

Maritzburg United lost their star player Thabiso Kutumela to Sundowns and they decided to keep Hlongwane for now as the striker has not had a bad start to the current season.

Kaizer Chiefs at some point last season were linked with the young striker when Gavin Hunt was still coaching amakhosi but when he left the interest faded and they didn't bid for the young striker.

If the striker doesn't go to Europe Kaizer Chiefs , Mamelodi Sundowns and Orlando Pirates are going to be lining up for the player to try and get he's signature but Maritzburg United won't let him go so easy.

The 21 year old striker's displays for Bafana Bafana has not gone unnoticed he has started 2 games and scored 2 goals this will be a big season for the young striker.

If all goes well Hlongwane will go to Europe for trials when the transfer window opens in January will the talent and eye for goals the striker has he will surely secure a move to one of the European teams he will trial at. 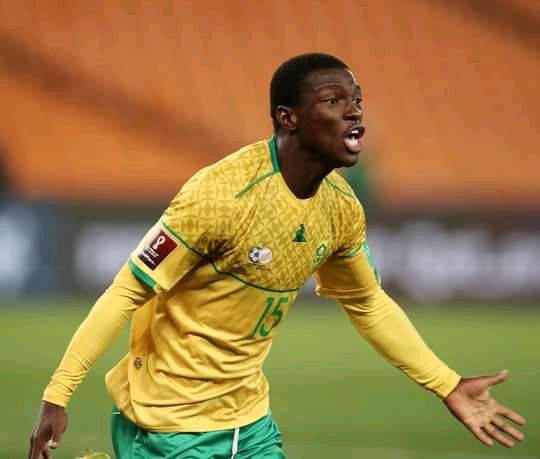