The veteran defender was outstanding for the Buccaneers as they claimed a 1-0 win over the Congo-Brazzaville side in the Caf Confederation Cup match which was played at Orlando Stadium in Soweto.

Jele scored the only goal of the second round second-leg encounter which saw Pirates progress to the play-off round of Africa's secondary club tournament after winning the tie 1-0 on aggregate.

The Mpumalanga-born centre back, who was rock-solid at the heart of the Bucs defence, insisted that it was a team effort having led his troops to a narrow win over the former Congolese champions.

"I think it starts from the team, each and everyone delivered today. We wanted to win this game so that we could go to the next round," Jele told the club's media platforms.

"So, it is not about me alone, but it is about the team. We did well as a team, we fought, and yeah, we are through to the next round."

It was Jele's second goal this season having also hit the back of the net with a header in Pirates' 1-1 draw against Cape Town City in a PSL match three weeks ago.

The former Bafana Bafana international was pleased to see his side cope while under pressure after he handed the Buccaneers the lead.

"I think we started well in the first half, we created a lot of chances, but we didn't manage to convert them," the man nicknamed Magents continued.

"And obviously after taking a 1-0 lead, the guys [Diables] wanted to come back and equalize.

"But we managed to cope under pressure. We fought as a team and held on until the end. And we managed to get the win and go through to the next round."

Pirates joined their PSL rivals, Marumo Gallants in the Confederation Cup play-off round with the Limpopo side having eliminated DR Congolese giants AS Vita Club from the competition on Friday. 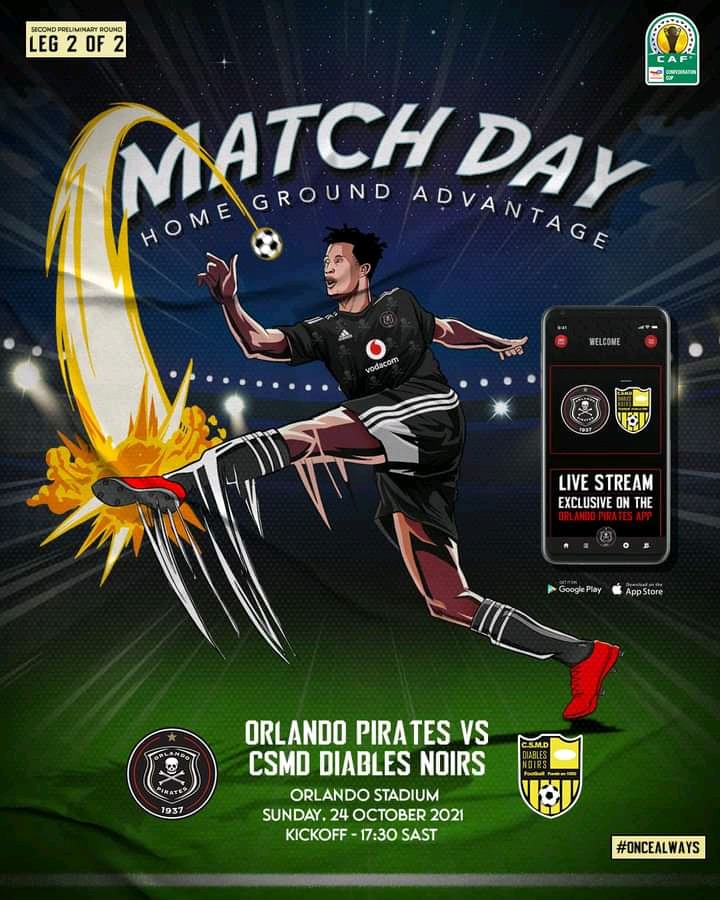