By Kabelo_Abel (self media writer) | 3 months ago 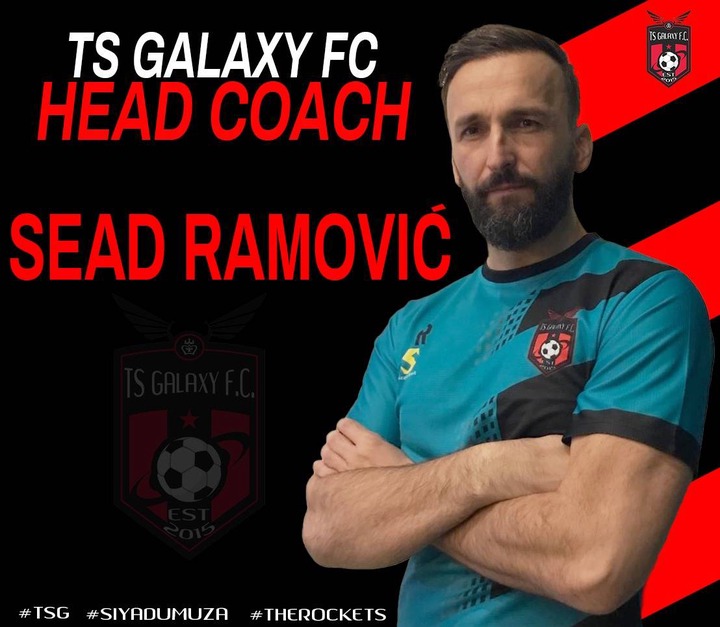 The Mpumalanga side confirmed Sead Ramovic as the new head coach of the Rockets on a three-year deal.

The 42-year-old master tactician will take over the coaching reins from the departed Owen Da Gama, who was sacked on Monday following a poor run of results that see the Rockets without in the five league games this season thus far.

Accoriding to a media statement released by the club, "Ramovic boasts a wealth of international experience having played in top European leagues during his glittering career which spanned over 15 years, " read the club statement.

The President of the club, Tim Sukazi took time to explain the reason behind the appointment of Ramovic.

"We are quite delighted to have secured the services of Mr. Sead Ramovic as the Head Coach of TS Galaxy Football Club. I’ve known Sead during his playing days which made his move a seamless transaction," Sukazi detailed in a statement.

"As a young club, we stand to benefit from his experience in top European which includes playing in the German Bundesliga for eight years. He is on a UEFA Pro License programme which is the highest coaching qualification in the world," he added.

He certainly does bring some German precision which I hope will manifest itself in our organization set-up. I also do trust that our entire team and administrative staff will make it easy for him to settle so that he could hit the ground running.” Sukazi elaborated.

The club has also confirmed that interim mentor, Shaun Bartlett will continue to be on the bench, alongside Essau Mtshweni until Ramovic receives his South Africa working permit.

The new coach, who is already in the country is expected to be present when the Rockets lock horns against the rookies, Sekhukhune United on Saturday at 3.30 pm at the Mbombela Stadium in a DStv Premiership clash.