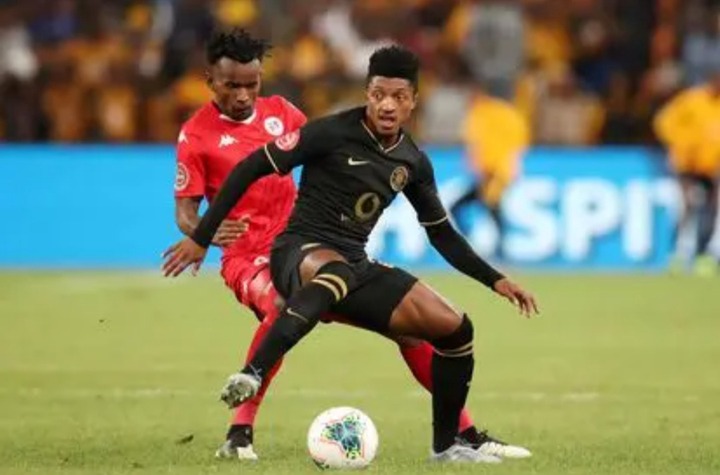 After months in the cold, Kaizer Chiefs midfielder Dumisani Zuma has returned to the training grounds in Naturena, according to his agent.

While Zuma's agent, Basia Michaels, confirmed his client's return to the first team, she refused to speculate on what the Chiefs' next move will be.

Zuma's future with the Chiefs was in the spotlight near the end of 2021 after he was detained and charged with drunk driving.

Chiefs opted to suspend him from all club activities when the case was filed against him, and that decision was upheld even after his hearing.

As part of his 'punishment,' the Soweto giants also ordered the small midfielder to rehabilitation.

According to the Sowetan, Chiefs removed a portion of Zuma's income during his suspension, which Michaels was not happy about.

ZUMA'S RETURN TO KAIZER CHIEFS IS CONFIRMED BY AGENT

"Yes, he [Zuma] is training with the team again, but I don't think it's appropriate for me to say further now that the Chiefs have made every stage of the process public." I'm not allowed to provide any additional information."

Fans will be kept informed about Zuma's return, according to Kaizer Chiefs communications manager Vina Maphosa.

"If we don't report anything, you can use the report you already have." When the moment is perfect, we will make a statement. "We're not under any pressure to provide an update on this topic because the league is on break," Maphosa said.