Having already sent goalkeeper Ricardo Goss and midfielder Grant Margeman to SuperSport, on respective two-year loan deals, as well as striker Thabang Sibanyoni on a one-year loan deal, Sundowns are expected to decide on the future of promising midfielder Promise Mkhuma, who has struggled for game-time at the defending champions.

After making a single appearance in Downs’ DStv Premiership campaign last season, Mkhuma has had his camp seeking a loan move for him to get game-time. Despite his immense talent, the Tshwane-born player has struggled for game-time at the star-studded team since he was promoted from the development structures in 2020 and it is believed that a move this season could benefit him and possibly the national team in future. 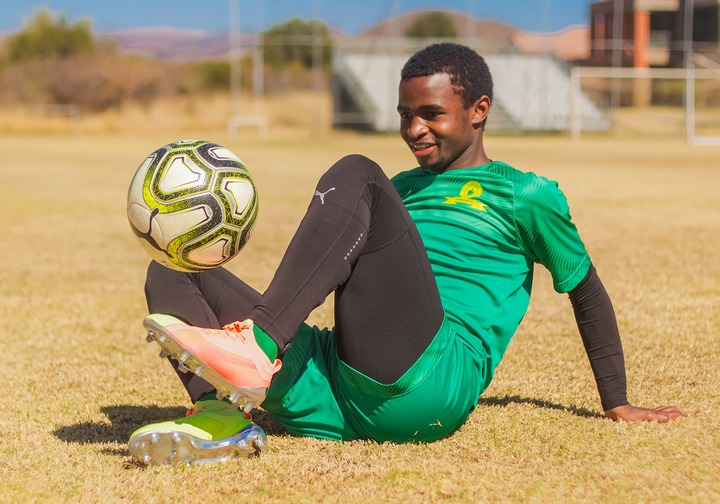 His only appearance in an official match last season was during the Nedbank Cup quarter-final against third-tier outfit Summerfield Dynamos, back in April.

As reported by the Siya crew, some of the Brazilians’ other PSL rivals, including Cape Town City and Sekhukhune United, showed interest in the 22-year-old player’s services, though according to sources, Matsatsantsa appear to be in pole position to land the young star’s signature due to the good relationship between the two clubs.

The Tshwane side are keen to add the South African youth international to Gavin Hunt’s team that has had a slow start with no victory in their opening three matches of the season.

Check out the details below to see what Mamelodi Sundowns have announced.

Sundowns Star Sends Message To Ex-Chiefs Player He Once Captained