Win some loose some, look what Some Bafana-Bafana players won after 5-0 defeat

Topic: Win some loose some, look what Some Bafana Bafana players won after 5-0 defeat. 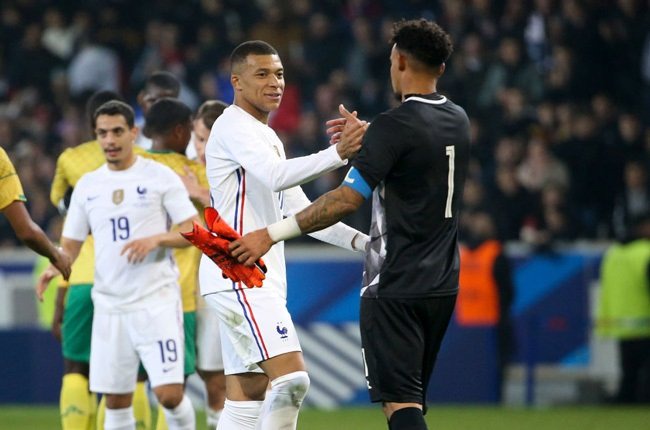 It is unfortunate that Bafana Bafana were the one to be embarrassed with huge defeat of five (5) goals into Zero (0). Performance was not even impressive for Bafana Bafana and that left South African citizens angry.

Even though the team got defeated, that didn't stop South African players from being excited.

Bafana Bafana captain and goalkeeper Ronwen Williams has revealed that he ended up getting the jersey of France star forward Kylian Mbappe after the international friendly on Tuesday and he's too excited for that, it's a win for him.

"Fagrie Lakay got the pants! The whole French team is so humble, so nice. We all knew about Mbappe, but seeing it first-hand is crazy how good he is."