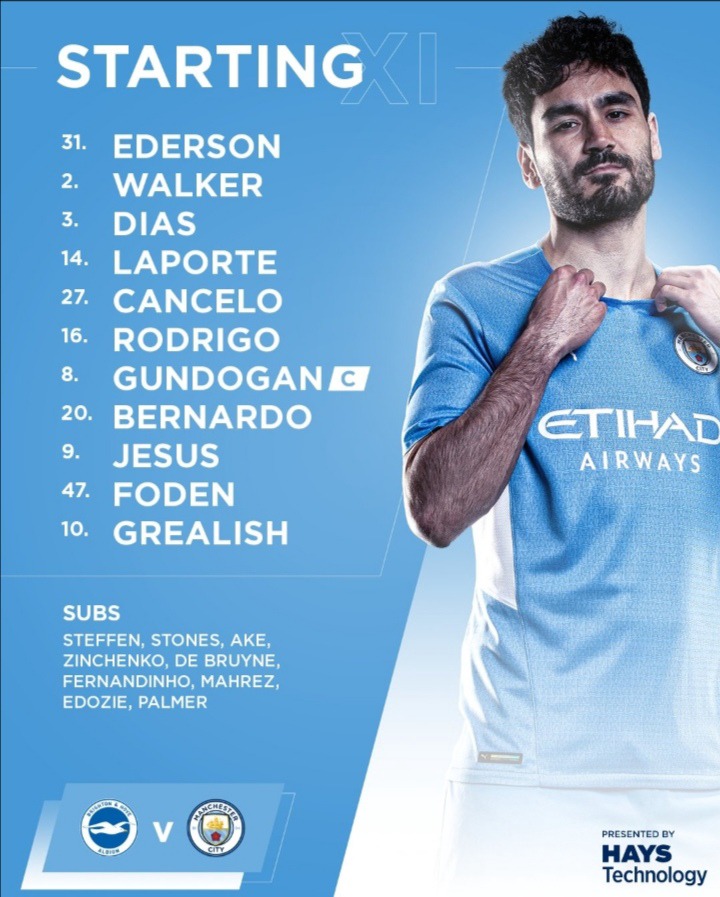 This was the starting Lineup for Manchester City, it's still amazes me how they are able to win games with a striker. It's like doing the impossible in this competitive league. Most thought Peps ideas would not work but here he is doing it. 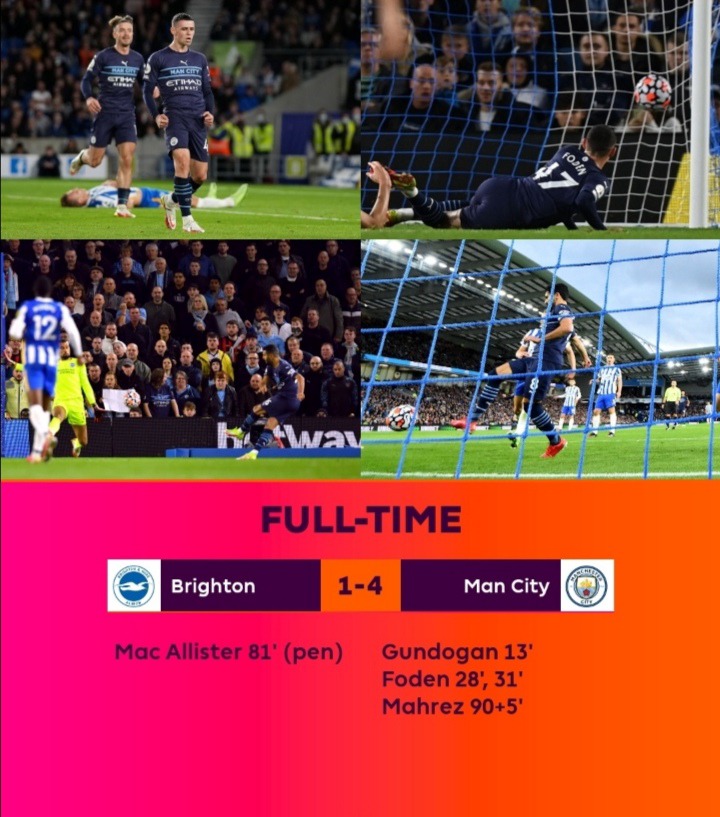 Manchester city was ready for second half and Brighton was not. In the 81st minutes of the game Manchester city gave Brighton a penalty witch was a need for them. It was scored by Mac Allister. Yet that was little too late for Brighton to try and come back. Manchester City just said goodbye to Brighton with the last goal in the 95 minutes by Mahrez to close. 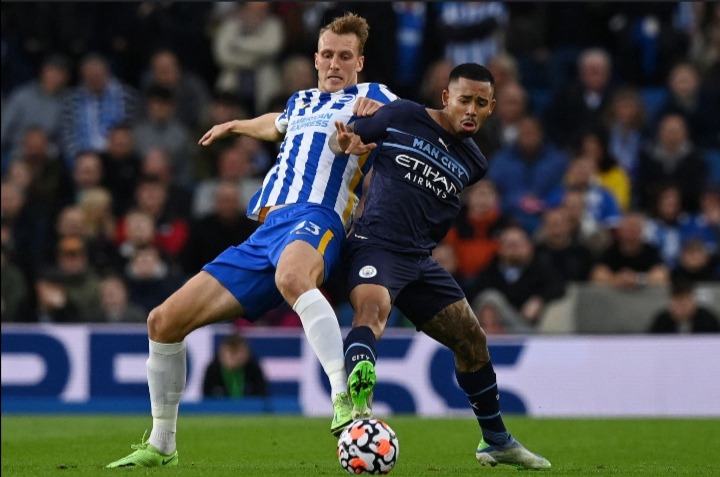 Jesus is a striker yet he has not been playing that position of late who knows.

AMVCAs are back for an eighth edition.