Opinion: Kaizer Chiefs Won Because Of These 2 Players, See How Fans Are Praising Them Online

Yesterday was fun and great for Amakhosi fans as Kaizer Chiefs won their second game of the season against Maritzburg United at FNB. Last weekend, Chiefs lost to Royal AM with a goal to nil but fans were impressed by the good tactics that new coach implored.

It's no doubt that Arthur Zwane is a tactical genius with the way he has reshaped the team for short period of managing them. Kaizer Chiefs was so bad last season and ended trophyless, but with this good looking football pattern, you could tell that the team has something to cook this new season. 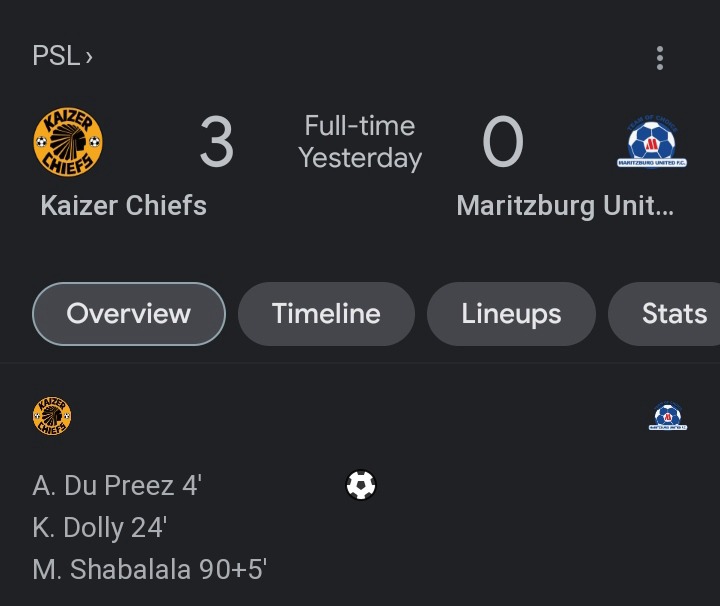 Yesterday was a happy day for everyone supporting Kaizer Chiefs as they comfortably thrashed Maritzburg 3-0. Twitter was flooded with lost of applause to the players especially two. The two most praised were said to be the best outfield performed player in the match. Below are the two players that played excellently: 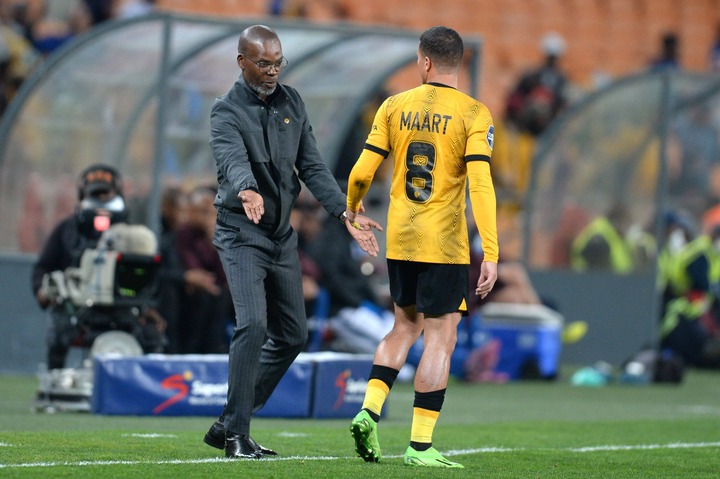 The 27 years old Kaizer Chiefs player was outstanding in the match yesterday. The attacking midfielder controlled the match as he was named Man of the Match even without registering a goal. 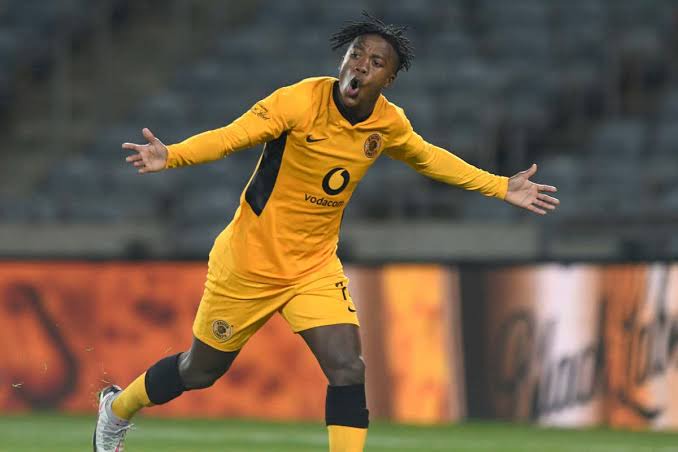 The 25 years Kaizer Chiefs winger impressed everyone yesterday after coming off the bench. He was everywhere during the second half, causing havoc to the opponent's defenders.

His performance made everyone believe that he deserves more playing time in the club if the coach wants the season to continue flowing well.

Below are screenshots of people's reactions on the match:

Good pressing today and got two goals off it. Happy for Shabalala a she gets gist first goal. Good play by him to keep his run going. Ngcobo was good too. Sekgota showed why he should play more. Beats his man and makes the right pass. 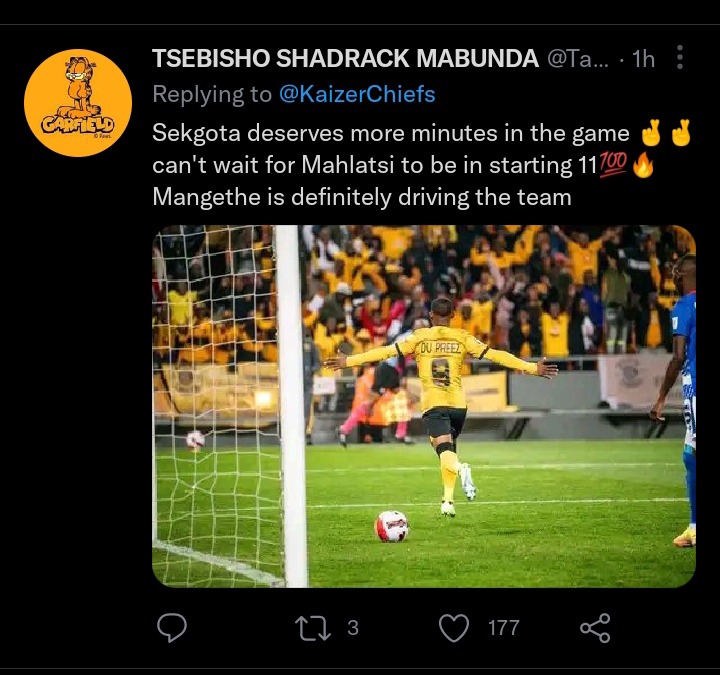 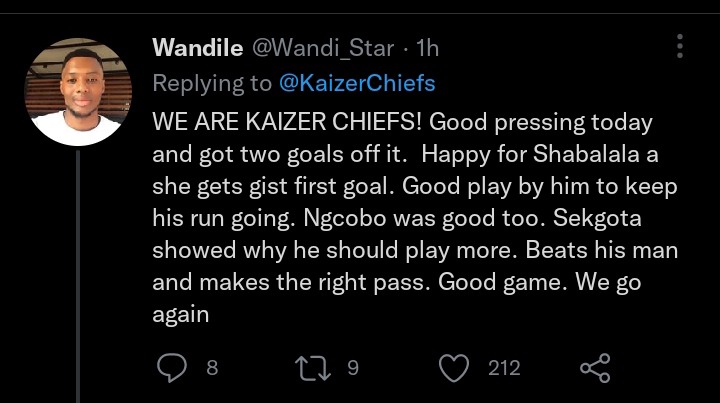 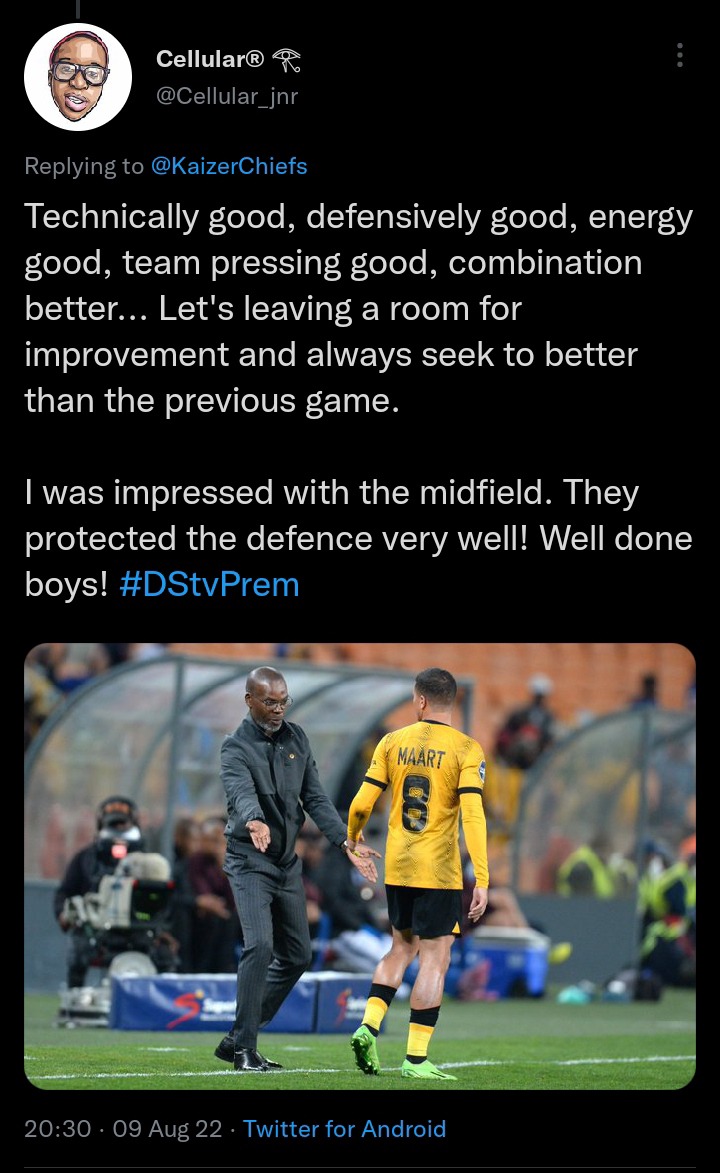