The English Premier League title race was decided on the last day of the season. Pep Guardiola's Manchester City had to come from behind to beat Steven Gerrard's Aston Villa 3-2 and win the title ahead of Klopp's Liverpool.

The race for the English Premier League title between Manchester City and Liverpool began with almost 10 games left in the league. There were also teams like Manchester United, who had a good start to the league by winning their first three games and looked like they would do well, but fell short of expectations. 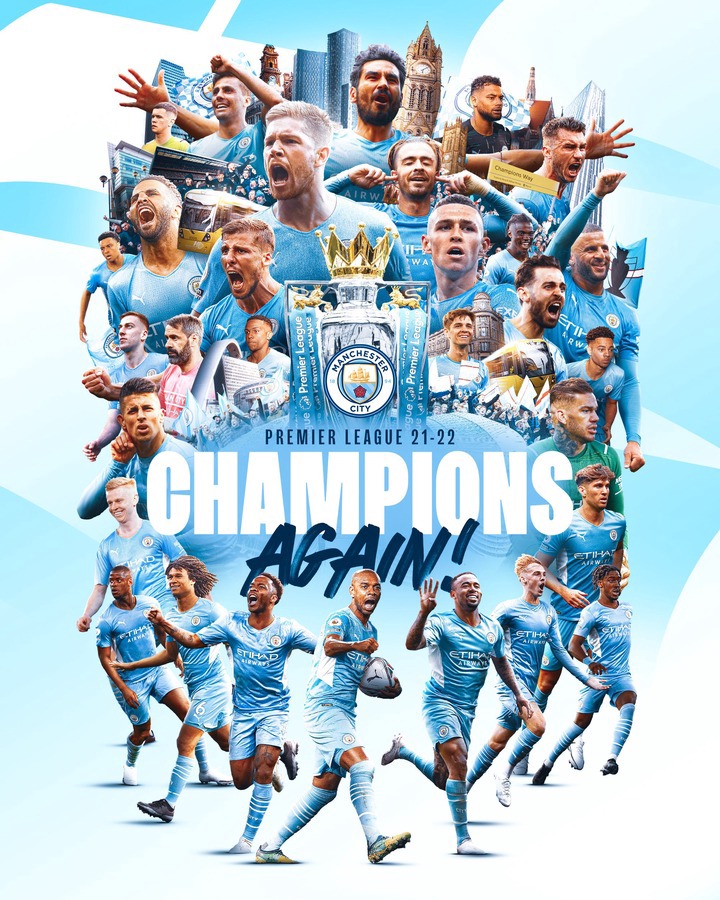 Manchester United was the leader of the English Premier League for the first two weeks of the 2021–2022 season. They were ahead of the other six big clubs in the league. In their first two league games, against Leeds United and Everton, they scored nine (9) goals and lost none.

Even though the Red Devils' season ended badly, there is still one thing to be happy about. They were on top of the English Premier League table for 14 days longer than Klopp's Liverpool (11 days).

Even though Liverpool was in the running for the English Premier League title until the last day of the season, they only led the league for 11 days in the 2021-2022 season. 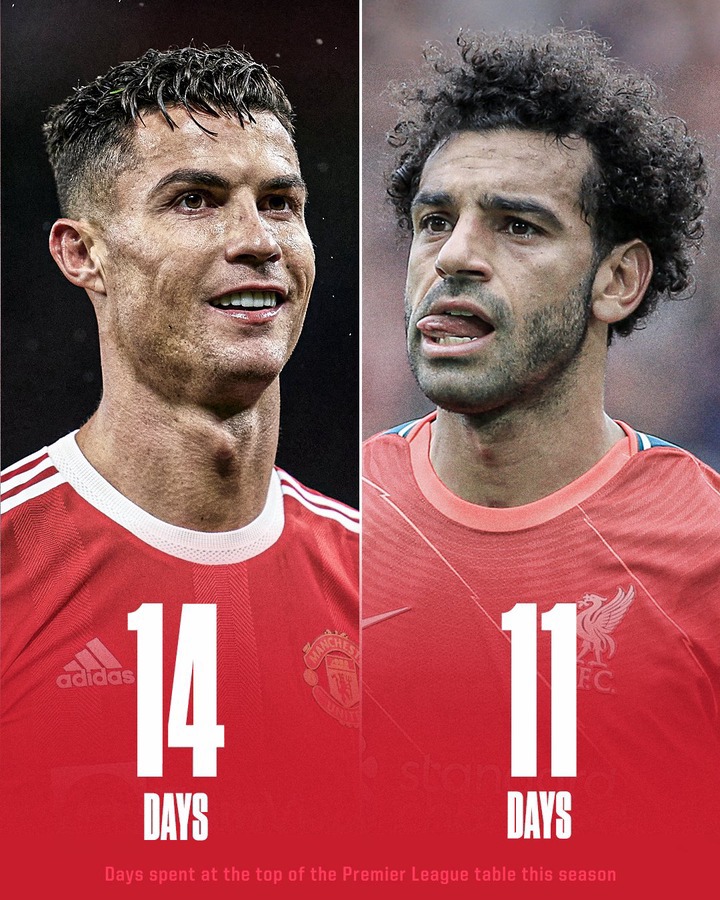