The French side Paris Saint German were glady honoured to see the arrivals of former Barcelona captain Lionel Messi at Parc de press stadium in Paris. 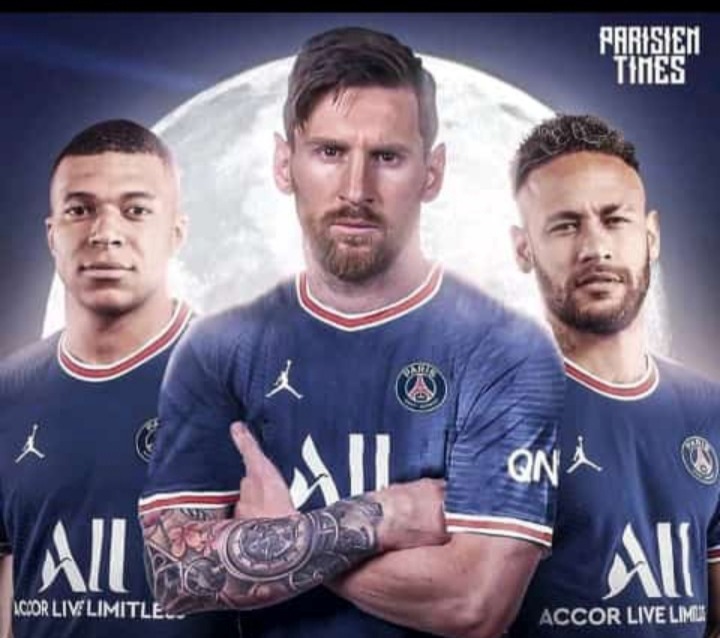 he six-time Ballon d'Or winner wept on ASunday as he said farewell to boyhood club FC Barcelona after the Spanish giants explained that they could no longer afford to keep him, citing LaLiga's Financial Fair Play rules.

PSG fans gave Messi a touching welcome at the parade and are delighted to see hime wearing the team T-shirt and shine in Ligue 1.

High hopes at PSG as they now believe have what it takes to win the Uefa Champions League for the first time ever.

He will reunite with star Brazilian forward Neymar Junior and will also match with the 2018 World Cup winner with France Kyllan Mbappe.

He is yet to be announced after undergoing medical treatment and fixing finer details keeping hime at the club.

With Mbappe speed, Neymar dribbling tactics and Messi comfortability in the ball and perfect technique it will be a stopping tale for defenders to stop them from scoring goals.

Expectations are high for the arrival of new signings in the team especially the world shocking move of Lionel Messi living his boy hood club the Catalans.

Chiefs Suffers Huge Blow In The Signing Of Overseas Star, As This Was Said To The Player