By SimliSports (self media writer) | 20 days ago 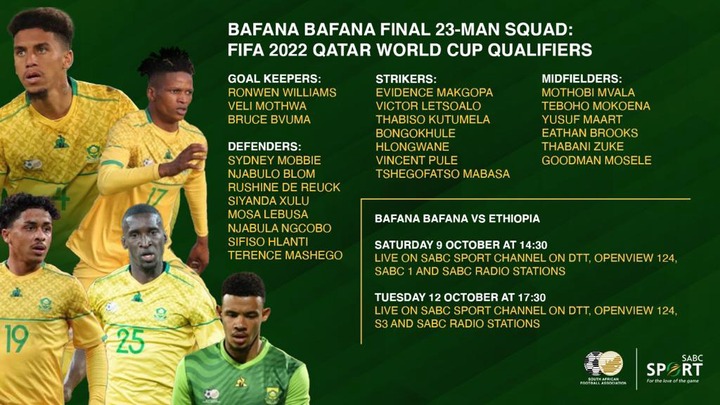 Bafana Bafana face the East Africans in back-to-back matches with the first match pencilled for 9 October in Ethiopia while the return leg will be played at FNB Stadium on 12 October 2021.

Broos has named almost the same side that played Zimbabwe away at the National Sports Stadium and against Ghana at home.

South Africa lead Group G standings with four points from two games and the coming two fixtures against Ethiopia will be critical if Bafana Bafana are to qualify for Qatar 2022.

Injured star striker Percy Tau has been left out while recuperating from his injury.

On his appointment, coach Broos said he was going rebuild a new Bafana Bafana side with long term plans. He has stuck to his promise with a number of new players being named in the senior men’s national team.

Content created and supplied by: SimliSports (via Opera News )

An impressive performance from Kaizer Chiefs against Chippa: