The CBD unites at Kaizer Chiefs

By Msipha (self media writer) | 5 months ago 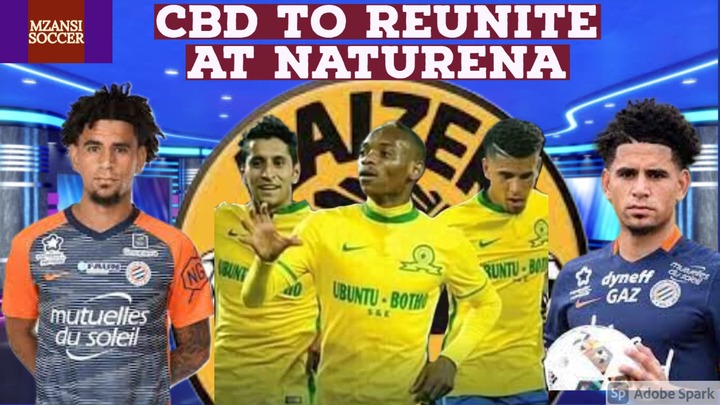 The once famous CBD partnership that took the league by storm at Mamelodi Sundowns which consisted of Khama Billiat, Leornado Castro and Keegan Dolly, with the latter's move to the Naturena based outfit seemingly getting closer and closer.

The Westbury born attacker has been on the books of French side Montpelier for the past 3 seasons but has fallen out of favour which has led to speculation that his time in France might be over. Kaizer Chiefs has been a huge admirer of the former Sundowns and Ajax Cape Town star and as fate would have it, the move is said to be imminent. The reports escalated when Keegan Dolly was spotted at Melrose Arch in Johannesburg where the rest of the Kaizer Chiefs' new recruits are being housed. Big Soccer news outlets like Soccer Laduma and Kick Off could be seen confirming this story https://twitter.com/KickOffMagazine/status/1419915984379469824?s=19

Even big reputable Twitter accounts like Mazola Molefe confirmed that the former Bafana Bafana star is joining the Soweto based outfit after rejecting offers from North Africa and Europe. Twitter was abuzz with the news of Keegan Dolly coming back to South Africa, with some celebrating the move

While some could be seen slaying him for coming back while at the peak of his career.

One such comment came from TimesLIVE sports reporter Mphahlele Mahlatsi who thinks the move back home was a wrong one as he was supposed to be flourishing in the big leagues in Europe. Gone are the days when players like Benni Mccarthy, Lucas Radebe, Quinton Fortune, Delron Buckley and Phil Masinga saw out their careers in the big leagues in Europe which meant that the Bafana Bafana national team was filled with experienced foreign based players who had the know-how of dealing with opponents of all nationalities from rubbing shoulders with them week in week out. However on a brighter note, a move to Kaizer Chiefs for Dolly can only mean that the league will be stronger for the upcoming season with a lot more competition than before.

Content created and supplied by: Msipha (via Opera News )