A Referee Is Suspended For Not Giving Orlando Pirates A Penalty!

By King_Luis (self media writer) | 1 year ago 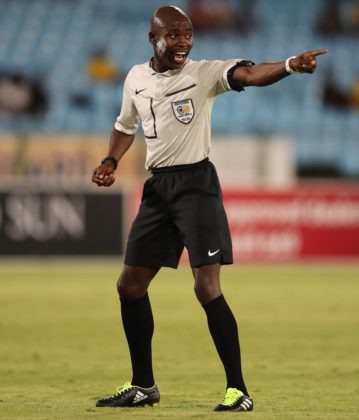 As we all know that during the game of Orlando Pirates vs Moroka Swallows an official made a poor call on the game and refused to give Orlando Pirates a penalty on top of dad he cautioned  Fortune Makaringe, now South African Football association is set to suspend Jelly Chavani he found himself in hot water. As for Orlando Pirates fans they're going to be happy about the decision because they lost crucial points. 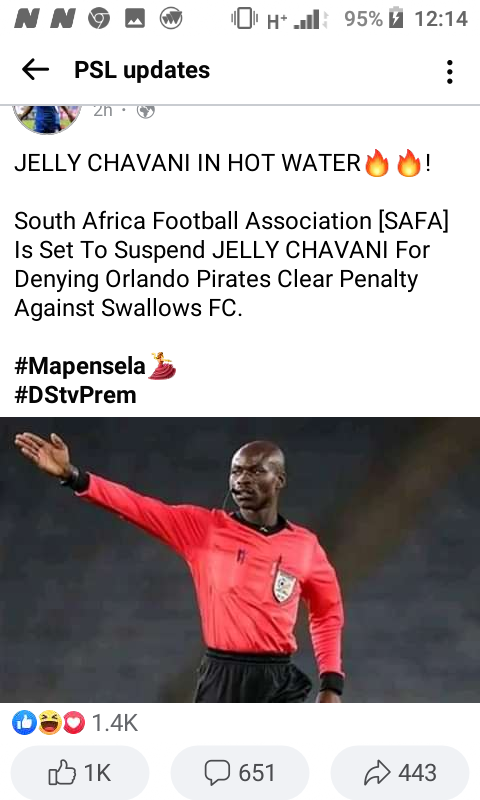 As for other fans their against the decision they think they only pay attention to the decision because it happened against Orlando Pirates, they even went as far saying Kaizer Chiefs last season they were also robbed of penalties but nothing happened, some their thinking that the action is being taken because of the power of Irvine Khoza. 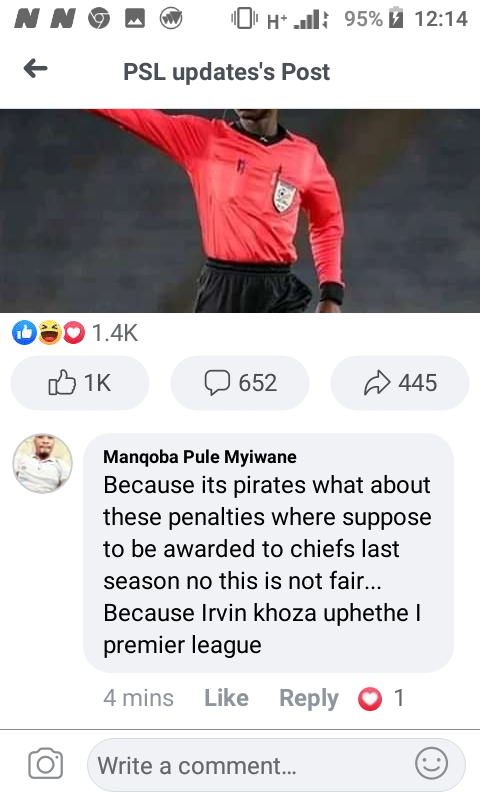 But as for other fans they think that it's not fair because they have been crying that DStv Premiership, should bring in Var they say that it won't be fair because it won't be the first bad decision that is made by an official, and said that many official have made the wrong call it's part of the game. 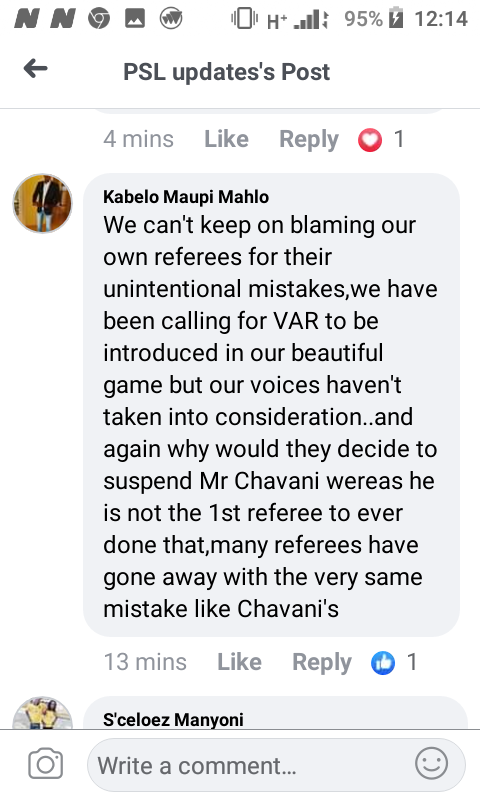 Content created and supplied by: King_Luis (via Opera News )