By MastermindSAnews (self media writer) | 19 days ago 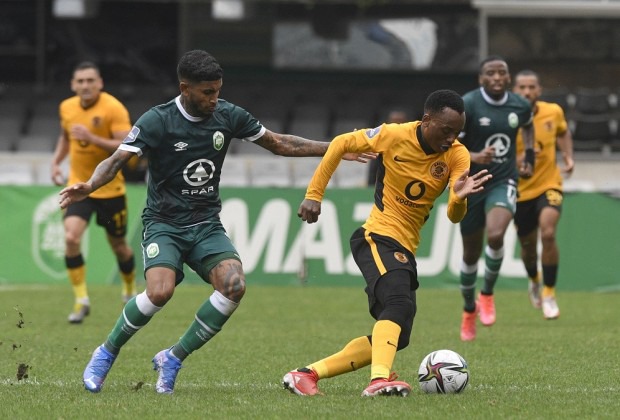 Kaizer Chiefs saw their winless run reached out to four matches in the DStv Premiership subsequent to rescuing a point at AmaZulu on Saturday evening.

Stuart Baxter gave reviews to Njabulo Ngcobo and Austin Dube while Phathutshedzo Nange was back in the side subsequent to missing the draw with Maruo Gallants through injury.

After a somewhat tranquil beginning, Chiefs ought to have been ahead on 20 minutes after some flawless passing finished with Khama Billiat playing in Keagan Dolly who was denied by Veli Mothwa in the crate.

Usuthu were given their first opening seven minutes after the fact after Dube's bombed freedom arrived at the feet of Sandile Khumalo in the crate, yet Daniel Akepyi got down well to keep out the safeguard's strike.

With the game opening up somewhat more in the end phases of the main half, Mothwa was demonstrating his value subsequent to denying Bernard Parker and Billiat for certain noteworthy recoveries.

Look at the activity from Kaizer Chiefs' draw with Gallants...

Benni McCarthy reacted with one change toward the beginning of the second half as Thabo Qalinge repalced Matarr Ceesay on the left flank.

Usuthu got their prize two minutes after the restart as Luvuyo Memela got on the finish of Keagan Buchanan's header before tranquilly opening past Akpeyi for his first objective of the period.

While Baxter wanted to make substituttions, McCarthy pulled out Bongninkosi Ntuli for Xola Mlambo as he hoped to support the midfield in the end organizes.

With time expiring, Baxter decided on his first change on 80 minutes as Lebogang Manyama supplanted Cole Alexander before Ngcobo cleared a path for Happy Mashiane two minutes after the fact.

Bosses wwere given a life saver in the last moment of time added on in the wake of being granted a punishment for a clear handball in the container after meeting with the partner. Regardless of the multitude of requests, Dolly moved forward and changed over the spot-kick to rescue a point for Chiefs.