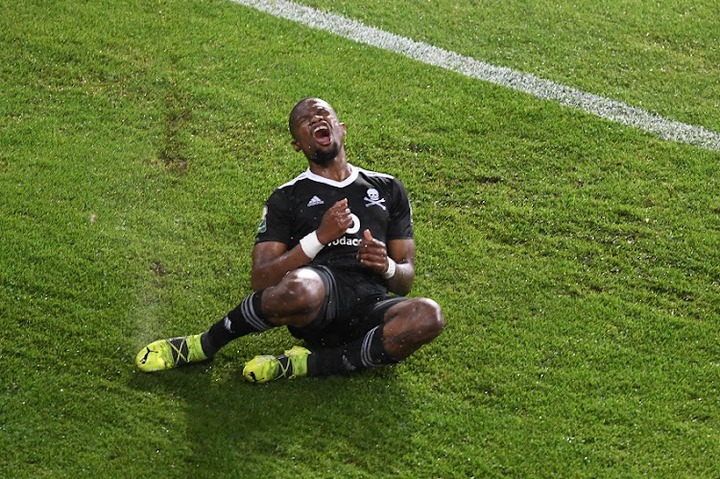 The Searobbers are fortunate enough to have the likes of Tshegofatso Mabasa, Zakhele Lepasa, Gabadinho Mhango, Kwame Peprah which totals up to about four strikers in total which would be a blessing for any club

But this season Orlando Pirates have had to find other sources of goals from the wingers, midfielders, and defenders who have all chipped in with a goal then and there for the Bucs as they comfortably sit second in the DSTV Premiership

"Orlando Pirates have exercised their option on the contract of striker Tshegofatso Mabasa keeping the burly marksman at the club beyond the current season,"

"Tshegofatso Mabasa is going nowhere as Pirates have taken their option on his contract,"

What happened in the NationalLunchDate with Mr Smeg and Pearl Thusi