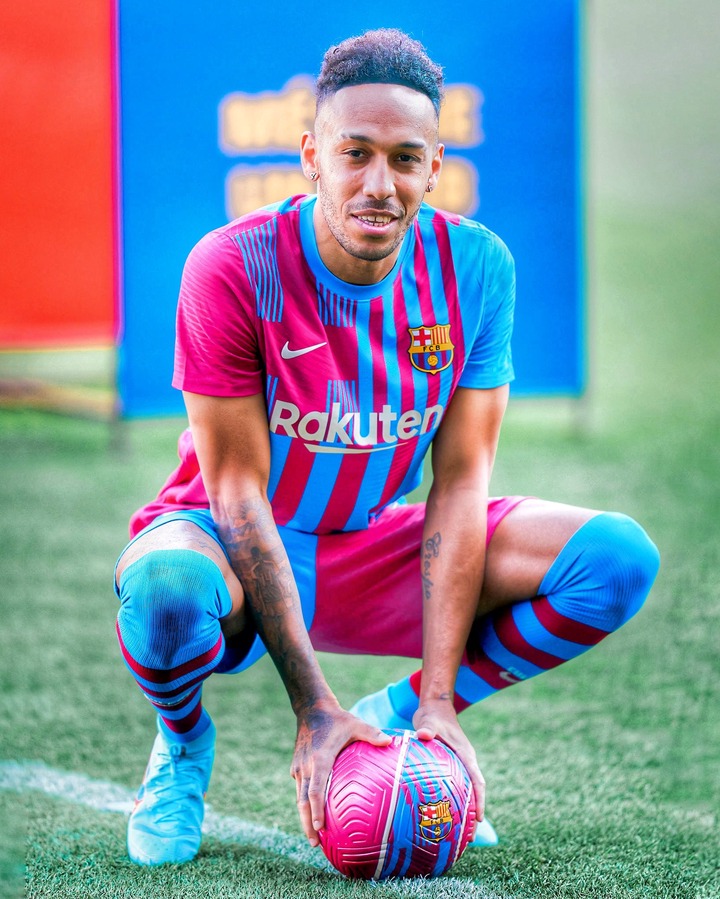 Aubameyang and the whole team were committed towards winning the game as they produced countless chances of scoring.

After he scored a brace of goals and providing an audacious assist in Barcelona's four-goal demolition of Real Madrid on Sunday, striker Pierre-Emerick Aubameyang appeared to have mocked his detractors with a cryptic tweet.

Following a falling out with manager Mike Arteta, the Gabonese international canceled his contract with Arsenal by "mutual consent" in January. The attacker's form for the North London club had deteriorated before to his departure, and many fans thought his departure was a decent bargain for the Gunners.

With outstanding performances in Spain, the 32-year-old has proven his detractors wrong. He has already scored seven goals in as many La Liga games, and he continues to dazzle with his all-around play and team contributions.

He took to Twitter to express his delight following his recent match-winning effort versus Los Blancos at the Santiago Bernabeu.

"Hello from the finished player," Aubameyang said on Twitter, accompanied a photo of him celebrating a goal in the style of Goku from Dragonball Z.

Arteta's decision to allow Aubameyang depart the Emirates has enraged a portion of Arsenal's African fanbase.

Many fans, on the other hand, continue to support Arteta's decision.